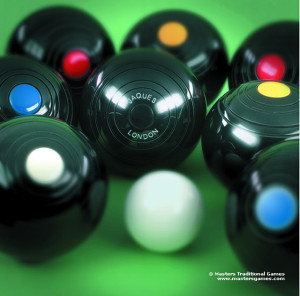 The now famous Mossel Bay Classic is taking place for the 22nd time at the Mossel Bay Bowling Club from Thursday, 25 to Saturday, 27 July 2013 with the main sponsors again being Personal Trust, Distell (Scottish Leader) and Knysna Lifestyle Estate.

Since the first tournament was played in 1992, this has become a prestigious and much anticipated event on the Southern Cape bowls calendar. Skips from all over the country are invited to take part, but in the end only 24 teams, consisting of 4 male players, can be accommodated. Besides teams from all over the Southern Cape, namely Mossel Bay, Hartenbos, Little Brak River (Vista Bowling Club), Great Brak River, George (from both Outeniqua and George Bowling Club), Leisure Isle, Still Bay and Outshoorn, teams come from as far as Pretoria (Irene Bowling Club), Edenburg (Freestate), Gordon’s Bay, Durbanville, Paarl, Middelburg and Swellendam. Then there will also be a team from the South African National Defence Force consisting of players from Mossel Bay as well as De Aar and a South African Police Services team from Goodwood in the Western Cape.

8 matches will be played over the three days and from the second match on it will be competed on a strength against strength basis. Three games will be played on each of the first two days, with the last two on Saturday. The finals will be played on Saturday afternoon and a large number of spectators are expected. Play will will take place at the Mossel Bay Bowling Club in the Harry Giddey Park in Marsh Street and will commence at 09:00 each day.
Visitors and spectators are very welcome to come and watch excellent bowls over these three days. Please come and enjoy Mossel Bay Bowling Club’s hospitality.
Mossel Bay Bowling Club would like to thank the sponsors for their continued support, as well as the club members who work hard behind the scenes, in the kitchen, bar and administration office in order to produce a successful event. • 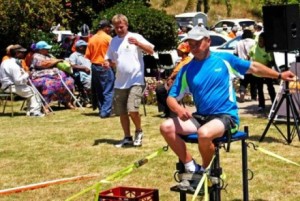 This year’s Mossel Bay Sport Festival (20 – 24 September) will include events for people living with disabilities – and some of the disabled athletes plan to challenge their able-bodied counterparts at their own game. Sean Snyman, a spokesperson for the town’s Consolidated Forum for Persons with Disabilities, has announced that the Festival will include events that will appeal both to members of the general community of the disabled and to advanced athletes living with disabilities. The events will include a 700 metre mass fun walk for all disabled people; time trials for users of hand cycles and wheelchairs – which will take place in the streets of the CBD; and a special category for users of hand cycles and wheelchairs in the 22 km division of the PetroSA Marathon. “We’re also organising the Santos Challenge, where we’re hoping to strap able-bodied athletes into wheelchairs and to compete against them in sprinting, and in javelin, shot-put, and discus,” said Mr. Snyman. “Our ultimate aim is to help to make Mossel Bay a leader in the world of universal access, and these events have been designed to help members of the disabled to take part in the festival, and to demonstrate that the disabled can do almost anything that other people can do – we just sometimes do it differently.”

The executive mayor of Mossel Bay, Alderlady Marie Ferreira, welcomed the news. “We’re working hard to make Mossel Bay an inclusive community that welcomes everyone,” she said. “The Sport Festival is designed to offer entertainment for locals and visitors alike – and it’s important that we recognise that people living with disabilities need to be accommodated as much as everyone else.” Mossel Bay Tourism’s Marcia Holm was also excited about the inclusion of events for the disabled. “From the information I’ve been able to gather, apparently about 5% of people in South Africa live with disabilities. That’s a significant number, and it would be wrong of the tourism industry to ignore it – both from a simply human point of view, and from a business perspective.” Ms. Holm said that Mossel Bay Tourism is committed to helping members who wish to provide universal access in their facilities. “We’re very keen to get a dialogue going on how we can improve access in Mossel Bay,” she said. The Mossel Bay’s Sports Festival is coordinated by the Municipality of Mossel Bay. The organisers hope to include at least 30 sporting codes this year – from aerobatics to cricket, skate boarding, sailing, golf and more. • 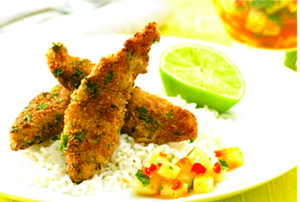 Here you can find all the latest news & events happening in Mossel Bay.