Mossview and Uprint are moving to new premises in Mossel Bay.

For fast, efficient and professional printing, at the best affordable prices, pop in and support local.

You are all invited for a chat and a cup of coffee at – Montagu Place – Spring Street.

To all the matriculants getting ready and looking forward to their matric farewell, “Have a great one”.

Mossel Bay Tourism has welcomed the South African Masters Surfing Championship, which kicked off at The Point.

More than a hundred of the country’s best surfers – including world champion Greg Emslie and world and multiple-South African champion Chris Knutsen – have come to Mossel Bay to battle it out over the four days of the event.

Chairman of the Southern Cape Board Riders Association and host chairman of the event, Mike Sheppard – the owner of Mossel Bay’s Waves Surf Shop – welcomed all the participating provincial teams, the surfers themselves, and their families.

“Thank you for travelling all the way to Mossel Bay,” he said. “It looks like we’re in for some great weather this weekend, and the swell prediction certainly seems to be in our favour – although those of you who know Mossels will know this isn’t unusual, since it’s almost always firing on this part of the coast.”
Mossel Bay local Llewellyn Whittaker – who won the masters division when the championships last visited Mossel Bay in 2009 – is taking part again this year.

“I’m amped to retain my title, but I’m looking forward to some tough competition,” he said.

Mr. Whittaker is surfing in the Southern Cape team.

“We’ll be pushing hard to win the team trophy – and to bring it home for our sponsors, Tropitone, too.”

Mossel Bay Tourism has returned “excited and energized” from the annual Getaway Show in Gauteng.
The event – the 21st in the series – took place last weekend at the Coca Cola Dome, and drew more than 23,000 travel and outdoor enthusiasts and well over 250 exhibitors. It bills itself as ‘Africa’s leading travel and outdoor show.’

Mossel Bay Tourism’s Alison Giliomee said that the town’s stand was busy during the full three days of the show.

“People were delighted to see Mossel Bay there, and many of them wanted to share happy memories of their holidays in the town.

“I was amazed that we had a few (about ten) people asking where Mossel Bay is situated, but almost everyone knows about us, and since they think of us as a beach destination, many of them were pleasantly surprised when we told them about the many other attractions and activities we have to offer.”

She said that the cost of air fares to George was a concern for a number of visitors.

Fred Orban – a member of the board of Mossel Bay Tourism – said that he attended the show to market his products (Sandpiper Cottages self catering, The Oystercatcher Trail, the Hunter-Gatherer Trail, and the Point of Human Origins Tours).

“The show was incredibly well organised and well attended, but I think it provided some serious lessons for us as la region – the exhibitors from the Garden Route and the Klein Karoo were spread out all over, so we failed to make the mass impact that we could have.

“I think in future we need to coordinate ourselves better, and that this will help us address the lack of knowledge of the spread of activities available in the town.”

Mossel Bay Tourism chairman, René Bongers, exhibited his own hotel, Eight Bells Mountain Inn, on the Mossel Bay stand.
“What I found interesting was the number of people who came looking for information about accommodation,” he said.
“It’s clear that the perception that most of Mossel Bay’s domestic visitors prefer to stay in the caravan parks is wrong – we fielded hundreds of enquiries for self catering, luxury, and other kinds of accommodation.

“In fact we ran out of accommodation brochures towards the end of the show.

“But many loyal Mossel Bay holidaymakers who’ve been coming to us for years said that they had no idea that we have the number of activities and adventures that we do.”

He congratulated destinations like Tsitsikamma, which attended the show in force.

“I think we must make a point of working together in future to create that critical mass that’ll send out the strong signal that Mossel Bay is, indeed, the ‘Do stuff destination’,” he said. 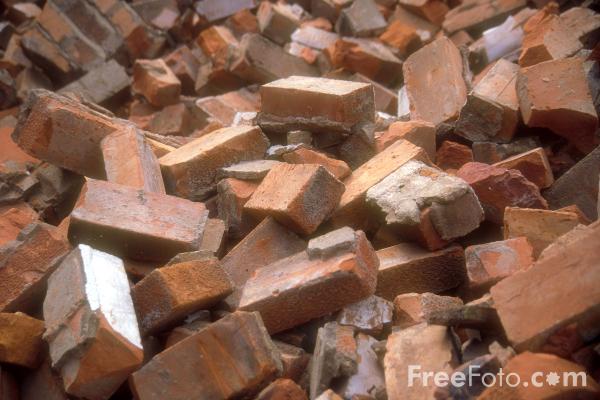 Doves Insurance Division has signed up MOBTA members a Group Scheme to a value of R570 000 inception 01 September 2013.

The scheme negotiations process initiated as early as February this year and was finally signed into a DONE DEAL on the 26th of August for inception September 01, 2013.

The Scheme member’s certificates will soon be handed over to the management of MOBTA and its members.

The process educates our current and Potential Clients and the signing of the deal to get the members on board is through the kind of staff, agents and management Doves possess says DOVES Insurance Team Leader Johannes Yantolo supported by his Branch manager Irene Marx.
MOBTA Liaison Officer Sweetness Williams who was in the driving sit of the process welcomes the signing off of the Umbrella GROUP Scheme and looks forward to receiving best of all from Doves Mossel Bay and encourages other groups to join hands.

We (Doves) would like to take this opportunity and thank the management of MOBTA and its members for the trust they got in DOVES and its personnel and we once again ensuring MOBTA a Dignified Service. 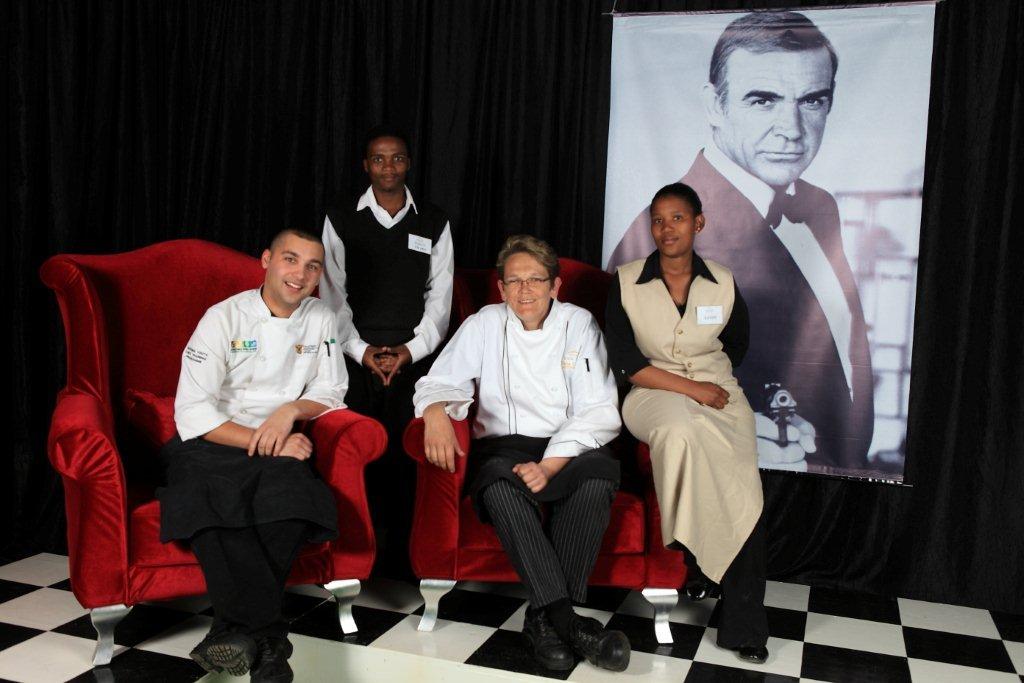 The evening, which raised a stellar amount of funds for the Carpe Diem School proved that the spirit of giving is alive and well and that diamonds are forever, just like the indelible mark left on the hearts of the special children at the Carpe Diem School. Donned in diamonds and bowties, flowing dresses and power suits, guests got into character from the start when they were welcomed with stylish Martini’s (shaken, not stirred, of course).

The restaurants and wine farms truly put their best feet forward as they enthralled guests with beautiful plates and explosive taste combinations. Guests were treated to a selection of famous 007 theme songs including Tina Turner’s “Golden Eye”, beautifully delivered by Thelma Heyns, Chris Cornell’s “You know my name”, brilliantly performed by Jovan Heyns and Adele’s “Skyfall” passionately sung by Tania Swart. In true Bond style, the entertainment was perfectly complimented by the passionate dancing of two students from the South Cape Dancing Academy behind a backdrop, creating the famed Bond silhouettes. Guests were glued to their fluid movements as they effortlessly transitioned between Tangos and Rumbas, Foxtrots and Paso Dobles.

The highlight of the evening was the auction of a diamond, donated by D’Amato Jewellers. One lucky lady’s husband purchased her a new best friend in the shape of some dazzling bling for a whopping R40 000. All the other auction items fetched amazing prices and one person even went home with a lucky draw prize of a half carat diamond, also sponsored by D’Amato Jewellers. Patron of the Carpe Diem School and chef de extraordinaire himself, Francois Ferreira, had guests in stitches as he described the lots up for auction, so much so that his voice almost hit the gavel closed on him. In total, the event raised an incredible R171500.00 that will be channelled towards the planned renovations of the therapy room at the school.

The school would like to thank everyone involved for their incredibly giving spirits. Headmaster Karools Hauptfleish said, “It is touching to see people opening not only their hearts, but their pockets as well in order to make these children’s dream of education, a vibrant and tangible reality. We are so grateful to everyone who participated and gave of their time and expertise to make this event such a joy every year. I can’t wait for next year.”

As we shine a light into the diamond that is the Carpe Diem School, we inevitably find that we stand mesmerised, not only by the jewel itself, but by the rainbow it emits; a rainbow of joy, of possibility and of hope. To become a sponsor or share your talents as a volunteer at the Carpe Diem School, contact them, visit their website at www.carpediemskool.co.za or follow t hem on Facebook in the group Carpe Diem Skool, George•. 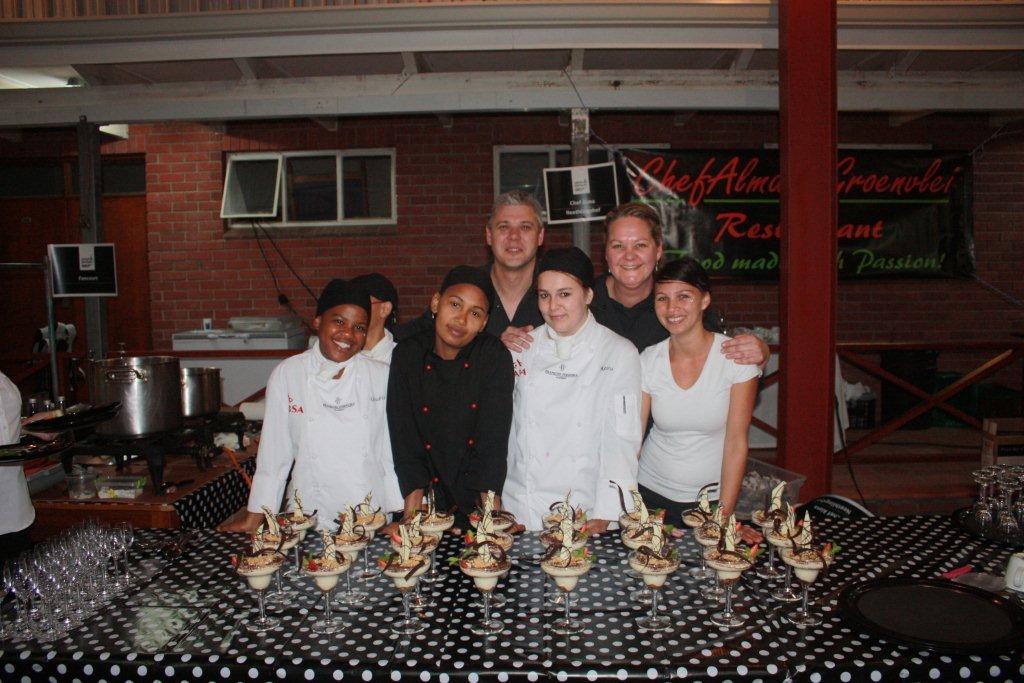 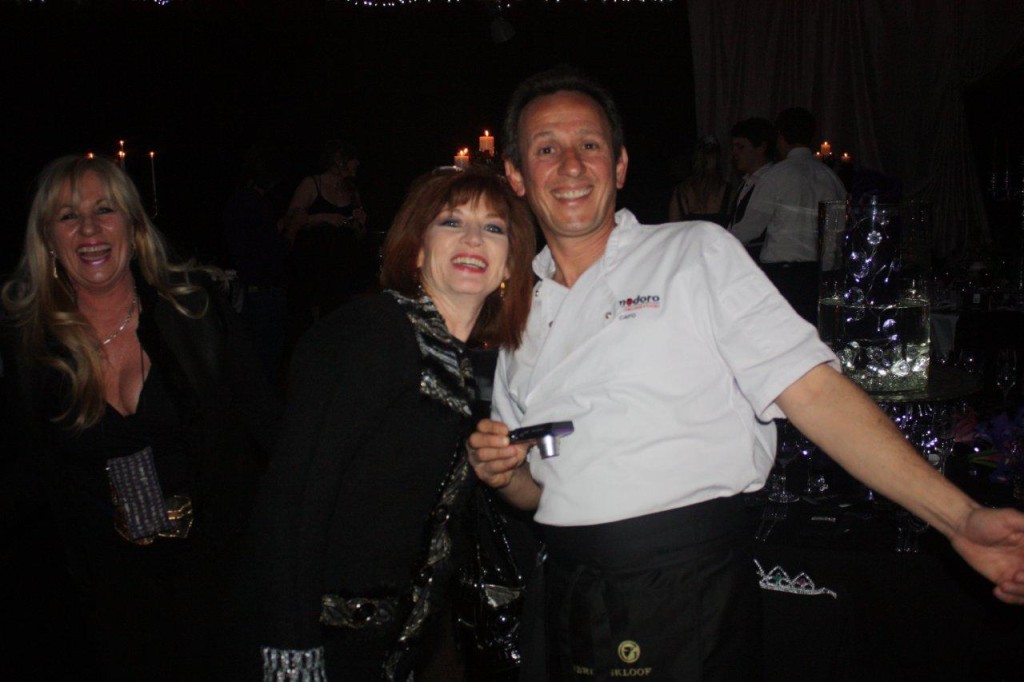 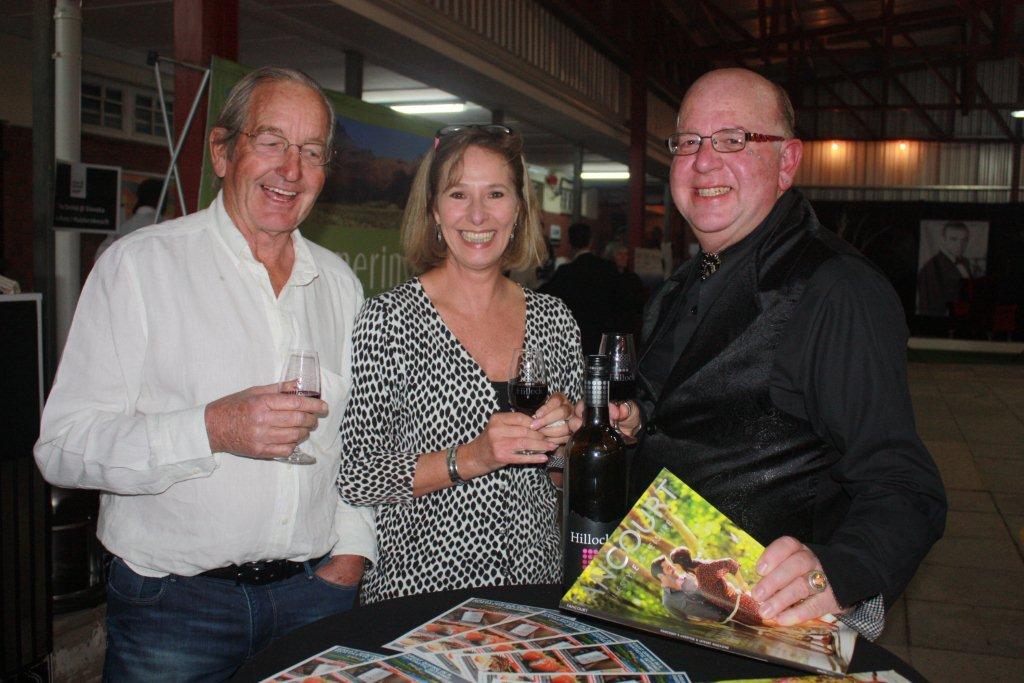 The Owners of Mymering at Ladismith with Francois Ferreira 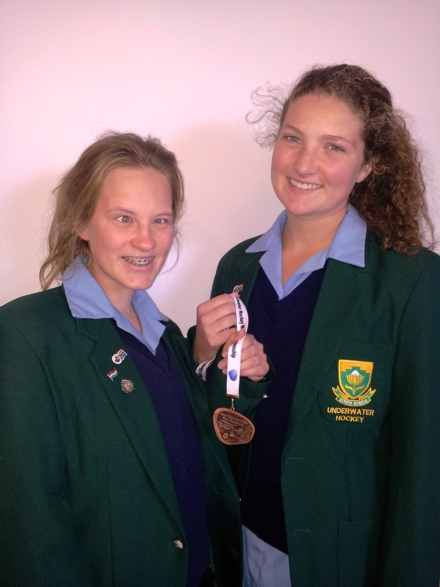 The Sectional Titles Act governs sectional title schemes which can include townhouses, flats and duets. Quite often, the developer of such a sectional title scheme, will, when opening the scheme, reserve for himself a right to add additional units to the scheme in what is called a ‘right of extension.’ According to the Sectional Titles Act, if such a right of extension is reserved, this must be disclosed to any person who buys a unit in the scheme, and ideally this fact should be disclosed in the contract of sale.

Very often sellers and brokers are not aware of the impact of this legislation, and contracts are drawn up without providing for this notice to the purchaser. It may also happen that the conveyancer only becomes aware of the existence of such a right at quite a late stage in the transaction, and he is then still required to disclose such to the purchaser to ensure compliance with the Sectional Titles Act. If the particular purchaser then suffers from buyer’s remorse or is looking for a way out of the transaction, this may afford the perfect opportunity for an exit without being in breach of contract.

So sellers and brokers should take note of this potential pitfall and obtain advice regarding a proposed contract of sale to ensure that the necessary provision is made for notice to prospective purchasers of any right of extension that may exist.
Mosdel Parma & Cox
ppam@mpc.law.za
044 533 1101•