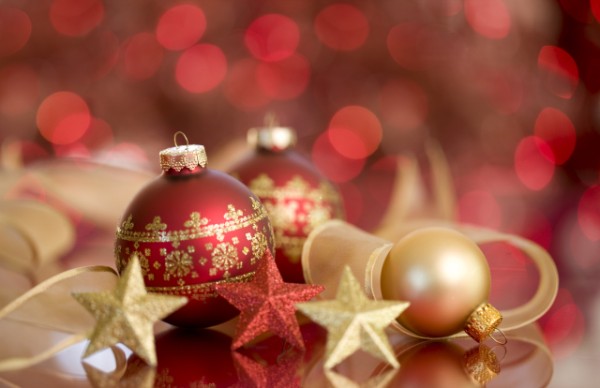 Mossel Bay will burst into a blaze of fun and glory when its first Color Run – the ‘Happiest 5k on the Planet’ – kicks off on the 16th of December, 2014.

The Color Run is an international phenomenon (it was presented in more than 170 venues in more than 30 countries in 2013, and forms the single largest event series in the USA) that ‘celebrates healthiness, happiness and individuality.’

The event will take the form of an untimed race, and is open to runners, walkers and the disabled.

Mossel Bay Municipal Manager, Dr. Michele Gratz, said that the Run has the full backing of the Municipality.

“It’s a perfect fit (if you’ll pardon the pun) for our strategy of encouraging events and festivals in Mossel Bay, and it’s going to be a wonderful opportunity for locals and visitors alike to enjoy themselves and the natural warmth and beauty of Mossel Bay,” she said.

“The Municipality will provide logistical support to ensure that the event runs safely and smoothly given that there will be inevitable disruption to traffic on the day.

The Color Run in Mossel Bay is being organised in conjunction with local running club Hartenbos Drawwers, and will begin at Santos Beach at 9:00 a.m.

Leon Swanepoel, licence holder of The Color Run Africa Series, said that the event in Mossel Bay will work on the same formula as all others. Color Runners will be asked to dress in white for the event (or in fancy dress: tutus have proved popular) and participants will start racing in batches of about 500 each at three minute intervals in order to ensure enough room for everybody to move along the scenic route.

“Most participants should complete the route in one- to two hours, and from there it’s into the festival zone where we’ll have DJs, local acts, best-dressed competitions, food and drink – and signature color blasts.”

Mr. Swanepoel said that, like all other Color Runs around the world, the Mossel Bay Colour Run will take place in aid of designated charities. “The organisers will meet early in December to finalise these arrangements,” he said.

Tickets for the Color Run will cost R 200.00 per adult (or R 180.00 for adults running in teams of four). This price include an event T-shirt and sweat band, a bag of color powder, a temporary tattoo, a printed race number, and entrance to the Finish Festival. Children under ten running in the company of an adult enter free of charge – although they won’t receive goodie bags.

Tickets are available online or from the Wimpy Restaurant in the Mosselbaai Mall, Wimpy in the Bayside Centre, or Delfino’s Restaurant on Point Road. These manual entry points will sell tickets until a few days before the event.

Registered Color Runners are required to collect their participation packs from the Santos Beach Information Centre (the Old Power Station) between 9:00 a.m. and 5:00 p.m. on the 13th or the 15th of December.

The event web site invites enquiries via hello@thecolorrun.co.za “if you require disabled parking or have other special needs in this regard.” Mossel Bay’s award winning Jakkalsvlei Private Cellar will open its new restaurant and wine tasting hall on its estate outside Herbertsdale on 5 December.

The facility boasts two venues: a main tasting room that seats more than 100 people, and a smaller room for private functions.

Mr. Jonker has won several national awards at the South African Young Wine Show: his Hanepoot was voted champion sweet wine in 2009, and took silver in 2012, while his Red Muscadel was champion in 2010, and took bronze in 2012.

The tasting hall was designed by local architect Francois van Zyl, who said that he was inspired by the tranquil setting of Jakkalsvlei with its rolling vineyards amongst the hills of Herbertsdale.

“The saying ‘wine is art’ describes this unique sculptural venue,” he said.

“The light steel-shed-type industrial architecture – which combines earthy tones with local stone cladding from the farm – was designed to make a statement as you descend from the road into the valley.

“Two identical but contrasting sheds are juxtaposed to provide a pleasant interior space for wine tasting, wining and dining. The high ceilings enhance the shed-like feel, and the interior flows onto an outside deck which provides excellent views of the vineyards and the hills below.

Mr. Jonker said that the restaurant will offer a simple but interesting menu of build-your-own pizzas, cheese platters (“with cheeses that have been chosen to compliment our wines”), and desserts, and that the drinks menu will include Jakkalsvlei’s own cocktail – the Muscapolitan (a combination of Red Muscadel and summer berries) – as well as soft drinks, fruit juices, and coffee.

Mossel Bay Tourism’s Marcia Holm said that Jakkalsvlei makes an important contribution to the town’s offering to visitors – both because of its products, and because of its regular annual events, which include a “Pick Your Own Hanepoot” season in March, as well as the Jakkalsvlei Mountain Bike Race in January (12, 35, and 75 km – next running on 24 January, 2015)

“We’re very excited about Jakkalsvlei’s new venue because it finally provides a solution for people who want to enjoy a wine estate experience in our part of the world,” said Ms. Holm.

“We believe it will become a significant attraction for the town, and for the Garden Route, too.”

Around Seven months ago, in conjunction with SAP Dagamaskop, a community safety forum ( neighbourhood watch) was started in Sector 2 , Hartenbos Heuwels, Menkenkop, Seemeeupark Bayview. The CSF has grown and expanded into Hartenbos, Islandview and Aalwyndal and the membership has grown to around 160 participants.
All of the Sector 2 areas are patrolled around the clock where it is possible, specifically at night and crime prevention has been very successful. The ATKV management has come on board and we work very closely with them in combatting crime in our area.
We are asking that the community gets more involved in our venture as it is all community based and for the betterment and benefit of our local community.
Please be vigilant during the holiday season as there are always incidents of petty crime in the area when house windows are left open, articles are left in vehicles, handbags, wallets, laptops and cellphones “disappear”.
Those in the camping areas, please try to lock valuables away and secure bicycles, scooters, surfboards and other loose articles that are easy to ‘carry’ away when these are not being used. There is always excellent security presence in these areas, but without the co-operation of the visitors, it is impossible to protect these areas effectively.
Always ensure that your vehicle locks properly when parking it. Park in safe areas and take note when approaching your vehicle on your return.
Be very aware when using ATM’s in the area.
The CSF emergency numbers are:
Hartenbos : 079 244 7472
Hartenbos Heuwels: 060 828 4359
South African Police Dagamaskop : 044 606 2200
Further enquiries regarding the CSF: Warrant Officer – Tommie Kleynhans 082 522 1709 • The event will run until 3 December.

“We’re excited to have so many top-class pilots in town, and to be able to show them Mossel Bay as a premier aviation destination,” she said.

“If it continues like this, we’ll be fine,” he said.

According to the event coordinator and secretary of the Mossel Bay Aero Club, John Boucher, Mossel Bay was chosen to host the event because it offers excellent infrastructure for flying as well as exceptional attractions for international visitors.

The Championships will take place out of the Mossel Bay airfield, which boasts a paved, 1,200 metre runway, a club house, hangering, refueling, and aircraft maintenance facilities.

“The competition itself is quite technical – the pilots are required to fly over a designated area of 1,000 by 1,000 metres (which is marked on the ground – visible here on Google Maps), and to a vertical limit of 1,000 metres – and if you know what you’re looking at, it’s very exciting to watch.”

He said that the youngest competitor in the event – 24-year-old Kenny Chaing – is also probably the youngest person ever to have piloted a Boeing B747-400
Mr. Chiang achieved that feat when he was just 19 years of age.

As a participant flying for Hong Kong and China in the FAI World Intermediate Aerobatic Championships, he’s also the first Chinese national ever to represent his country on the world stage of aerobatics.

He arrived in Mossel Bay about a week before registration day.
“I’ve been to several cities in South Africa, and I think Mossel Bay is by far the nicest,” he said. “It’s almost like being in a different country. The people are warm and very, very hospitable, and I enjoy flying in the exceptional scenery.”

Ms. Holm said that having the Championships in the town is a huge feather in Mossel Bay’s cap. “The international exposure it’ll bring us will be enormous, and we thank the organisers and pilots for that – and for coming to our part of South Africa’s Garden Route.

“We wish everyone fair weather for a safe and successful tournament,” she said. •