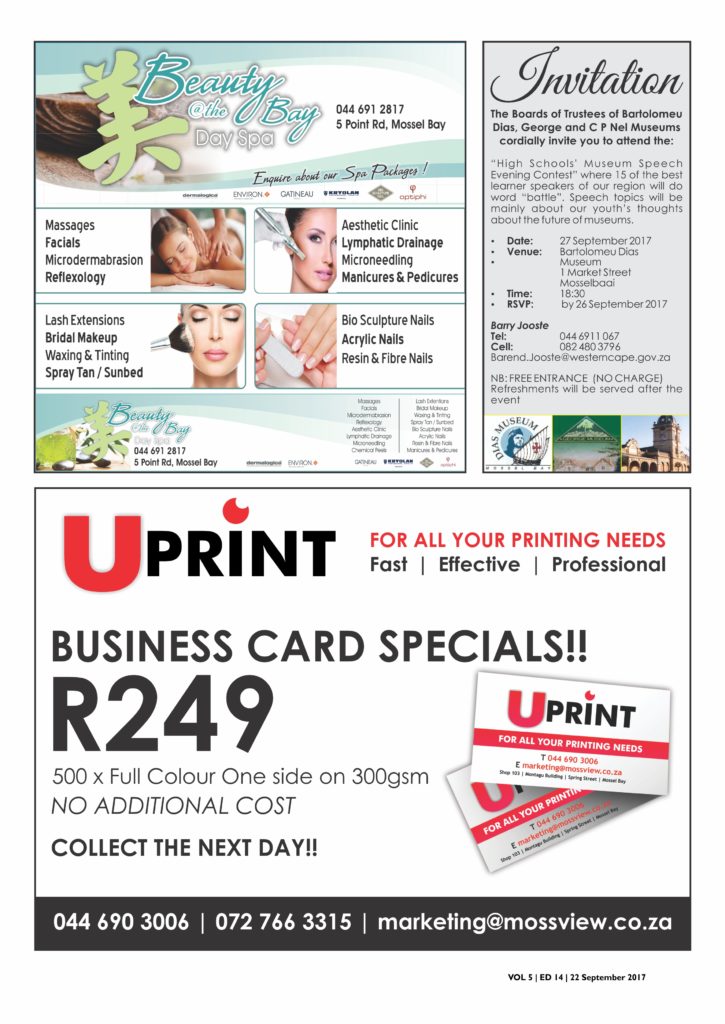 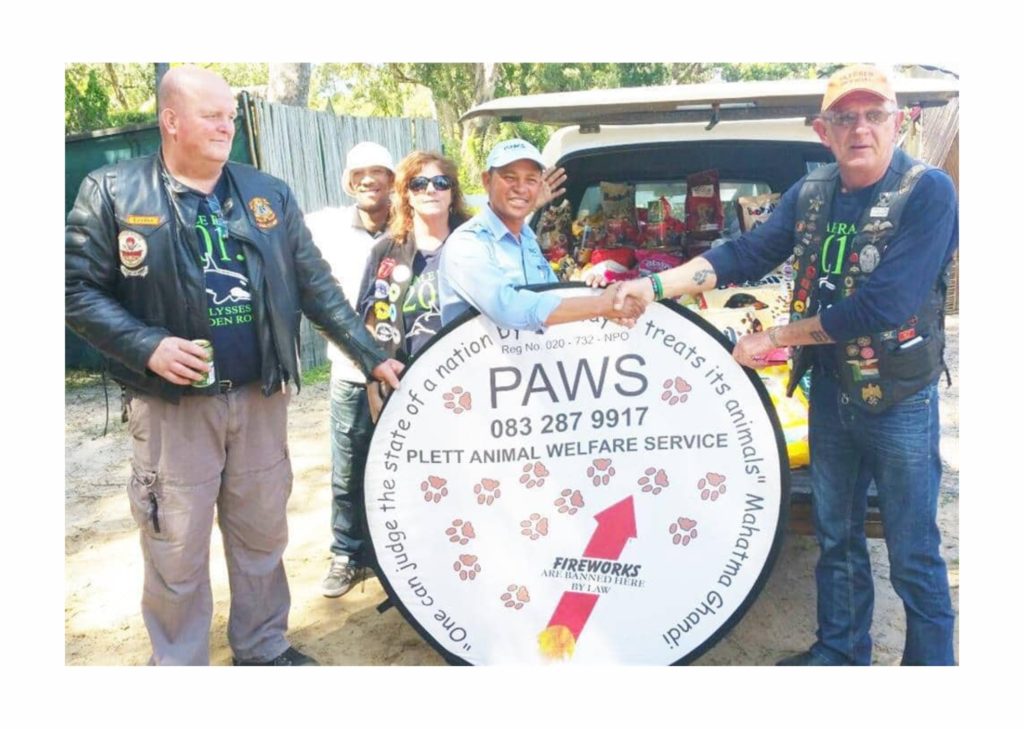 ULYSSES GARDEN ROUTE will be hosting the annual PAWS RUN 2017 in the George area on Sunday 24th September 2017 …the proceedings starting at Redefine Square and proceeding to Smitswinkel , Vic Bay Heights thereafter for lunch and the prize giving . There will be various activities , a raffle , the SPCA “mascots” etc ( Please see our display ad , herewith )

The WHALY RALLY is our principle source of funding for the various charities we actively support …ranging from orphanages, remedial center’s for children and across the board to animal care e.g. SPCA Garden Route being the principle benefactor of one of our major events …the PAWS RUN. (Please see as per attachment, just some of the press and magazine editorials of our more notable successes.) A comprehensive list of our activities can be viewed on our website at www.whalerally.info
The PAWS RUN 2017 is our chance to acknowledge and assist the wonderful work that our friends in the GARDEN ROUTE SPCA’s do and also help our little furry friends who cannot speak when hungry or when in pain .

As you may well imagine, purchasing prizes for these events seriously impacts on our budget and ultimately detracts from our ability to support our charities.
We therefore appeal to you and /or your company to donate or sponsor a prize or service for this very worthy initiative. What we offer in return is we do get a lot of wonderful press coverage at both local and national level and our sponsors are highlighted visibly and editorially.

All prizes however large or small will be highly appreciated! We will collect …large or small!
Should you opt to give us a sponsorship your company will be added to our sponsorship list on our web site .
Cash deposits may be made directly to our bank account ULYSSES GARDEN ROUTE, ABSA ACC NO: 9175765188. Kindly supply a name and your telephone no for acknowledgement.

We would like to thank you in anticipation for your kind support! Should you require any further information kindly contact writer . 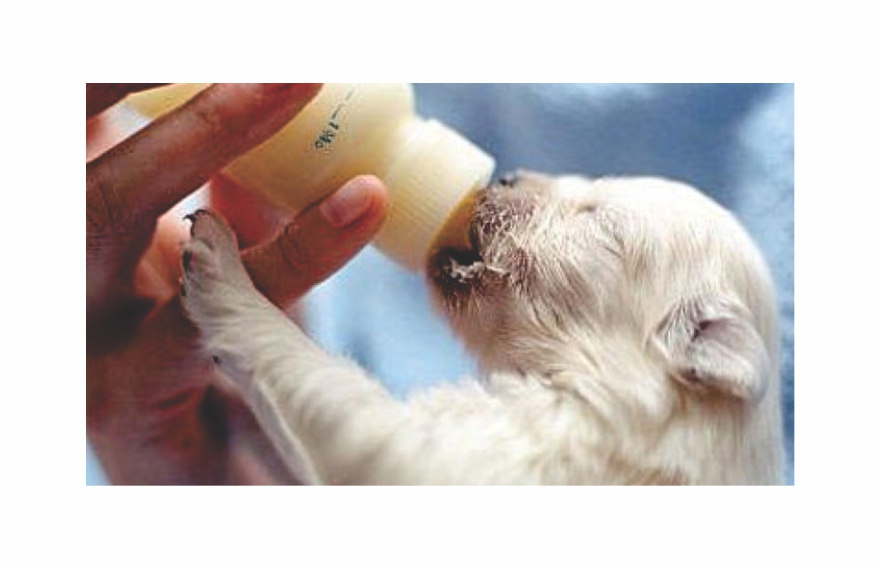 The excitement of getting a new puppy or kitten doesn’t seem to waiver even as you get older. Few are immune to the cute factor, and the younger the pet the more overwhelming the emotion felt. Even so, the Pet Food Industry Association of Southern Africa (PFI) encourages new pet owners not to be swayed into removing a baby from its mother before at least 8 or 9 weeks (12 weeks is optimal), as the resultant issues can be devastating for the animal and your relationship. Unless, of course, an emergency presents itself.

The learning that occurs within these first 8 – 9 weeks, from both litter mates and mother, is immense, and is shaping the animal’s temperament and personality for the rest of its life. When valuable life lessons are missed the potential for your new pet to experience psychological, behavioural and emotional issues are increased.

Weaning is an extremely important part of learning that animals must go through. It teaches the animal about the pressure of its bite, to hopefully result in a pet that is controlled, with a “soft mouth” (which can often reduce damage if a pet is ever forced to bite) and teaches the pet about frustration control. Aside from the emotional and behavioural benefits of nursing, physiological and nutritive needs are also being met. When removed from the litter too early (before weaning at about 6 weeks), young pets are immediately put at a disadvantage by not getting the exact nutrition they require at that age to support their rapidly growing frame, which only their mother can supply. Leading up to the 8 – 9 week mark, the mother’s interactions with the puppy changes and she begins to modify behaviour. The puppy or kitten is “disciplined” into knowing what behaviour is tolerable and what is not tolerated, while also learning effective communication and appropriate inter-species behaviour – something humans will really struggle to replicate or correct. Leaving the emotional support of the litter too early can result in timid and fearful pets that are unable to deal with everyday challenges and frustrations.

The resultant challenges that one may experience when bringing a pet home too early are vast and varied. They can be as serious as a dog that bites out of fear or cannot be left alone due to separation anxiety to being nutritionally disadvantaged resulting in potential lifelong medical issues. Most concerns will require professional intervention, which new owners seldom have budgeted for and the pet-owner relationship may also be severely damaged. Without the time and knowhow to manage these shortcomings we may be left with another unwanted pet.

None of this matches up to the pretty picture that you had when deciding to bring a new life into your home. Don’t set yourself up for failure – before entering into an agreement to purchase or adopt a new pet ask about the age at which the breeder or shelter will release the animal. If it’s anything less than the recommended age (at least 8 – 9 weeks), walk away. The lack of knowledge or consideration for what is best for the pet could be indicative of other shortcomings too, such as impoverished or sterile environments, which also do a massive disservice to the animal in the long run.

It is predicted that the greater Eden area will experience a dry spring and start to summer.

September to October
The South African Weather forecasting service system shows enhanced chances for above normal rainfall for the period along the coast and adjacent interior of the Northern Cape, but only slightly above n 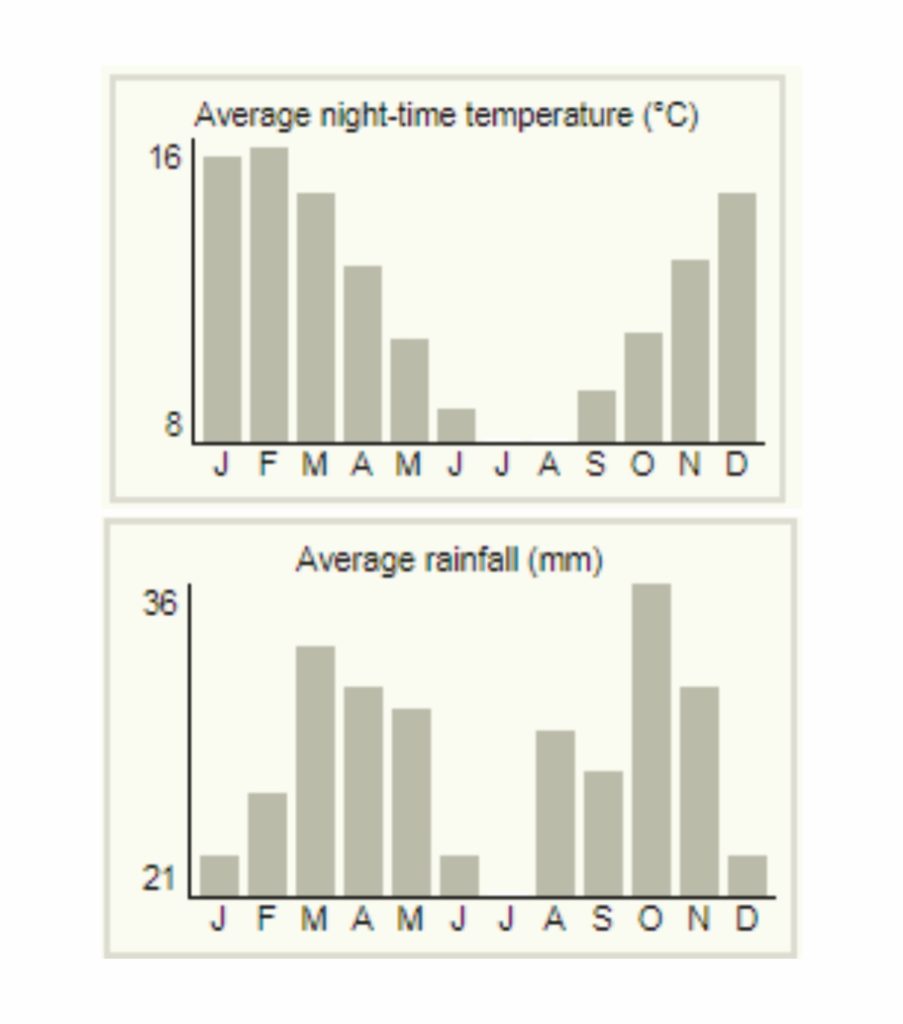 ormal for the western parts of the Western Cape and slightly below for the eastern parts.

October to December
For October through to December, the prediction is above the norm for both the Western and Northen Cape, except the extreme southern parts of the Western Cape where it is projected to be slightly below the norm. 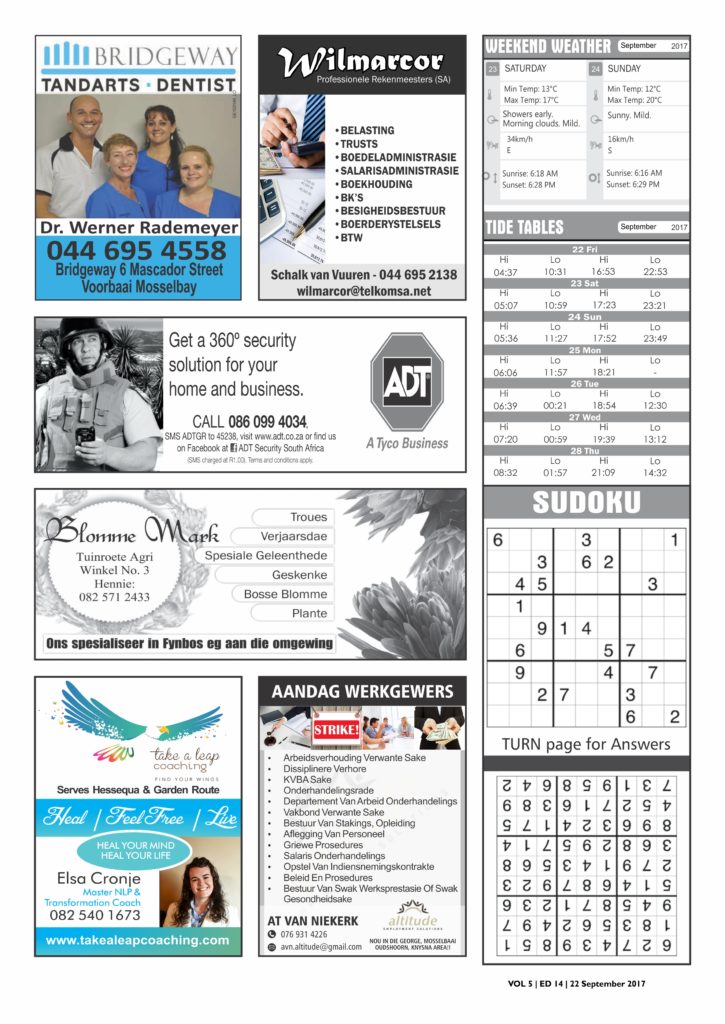 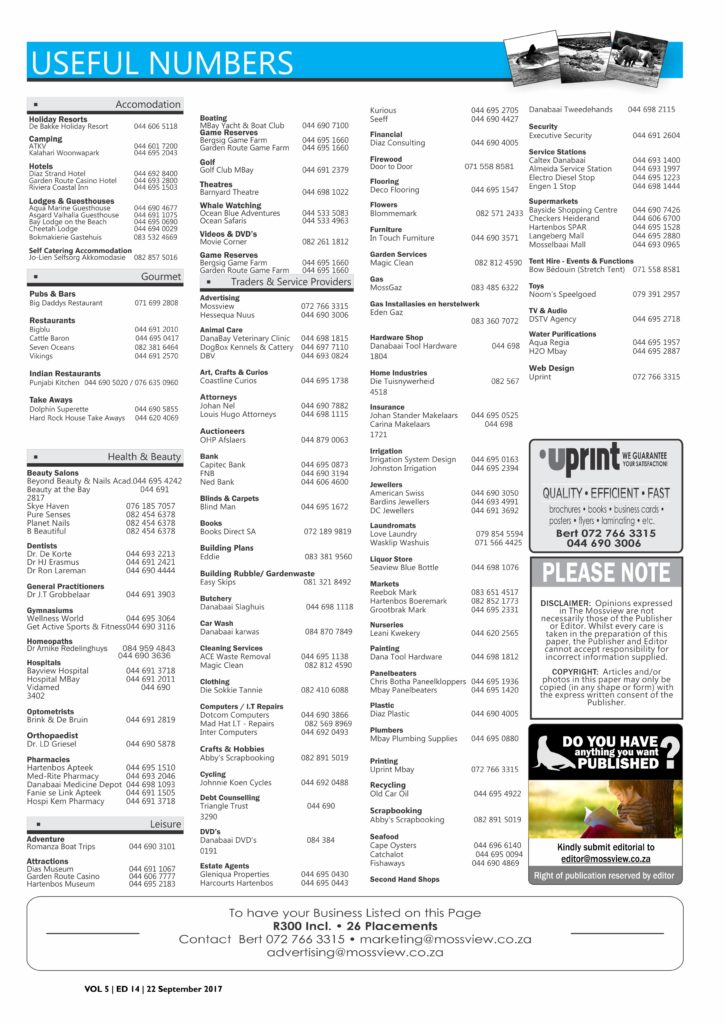 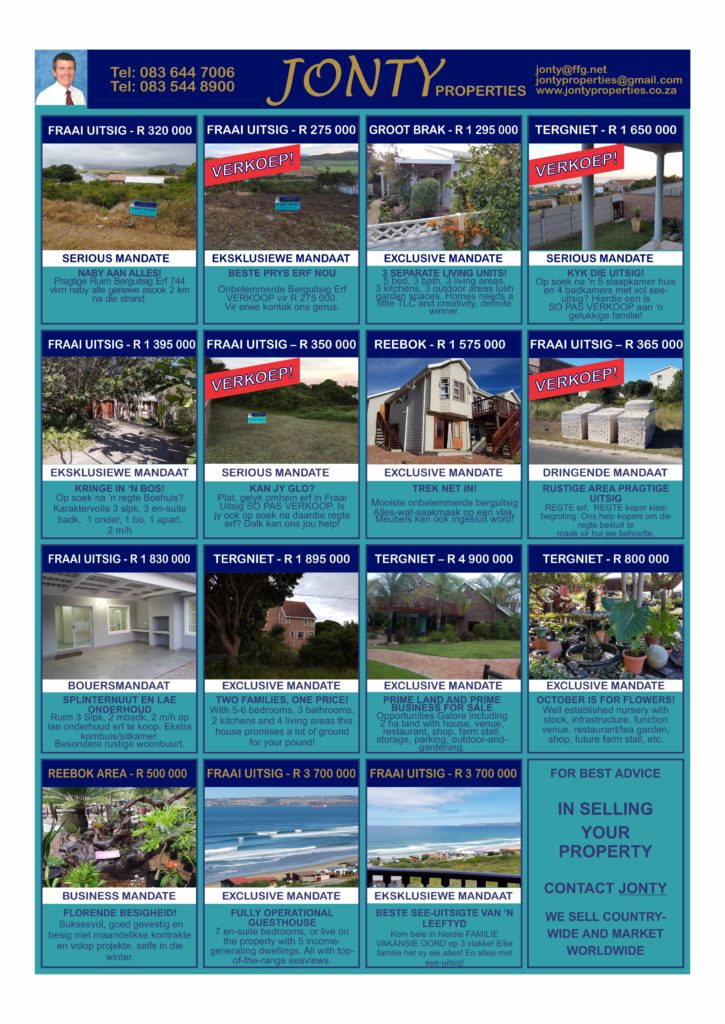 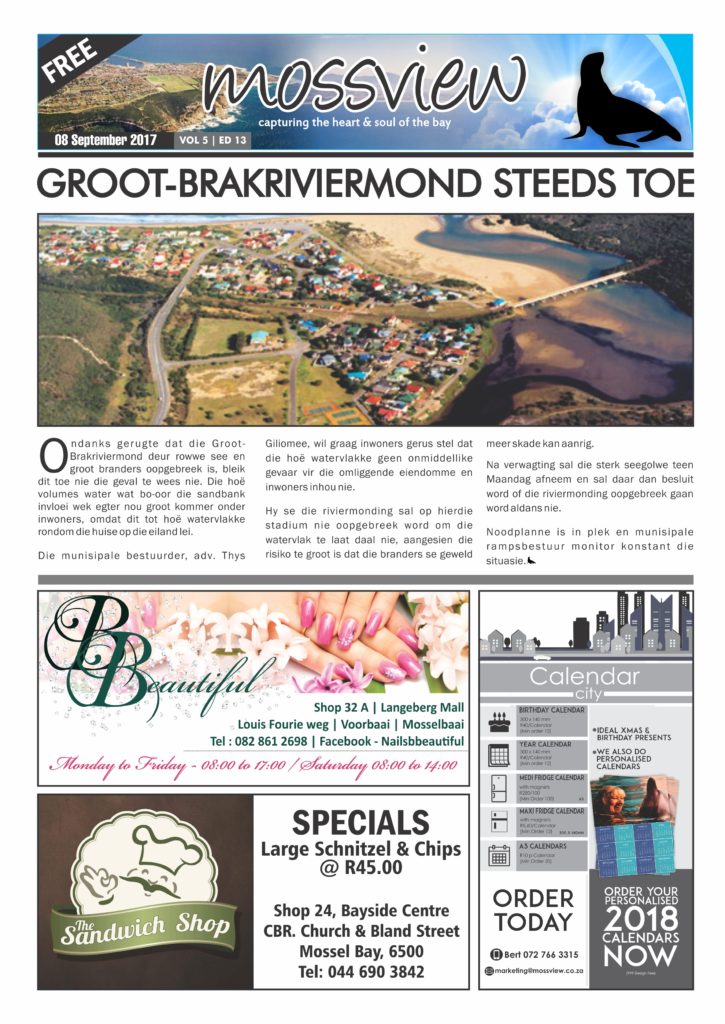 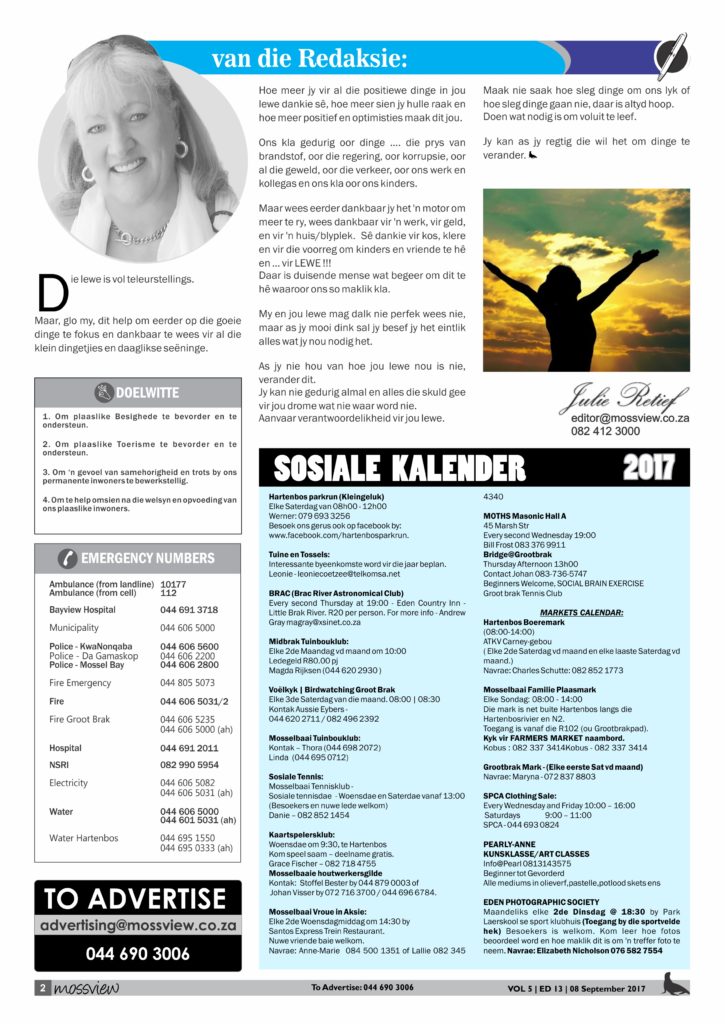 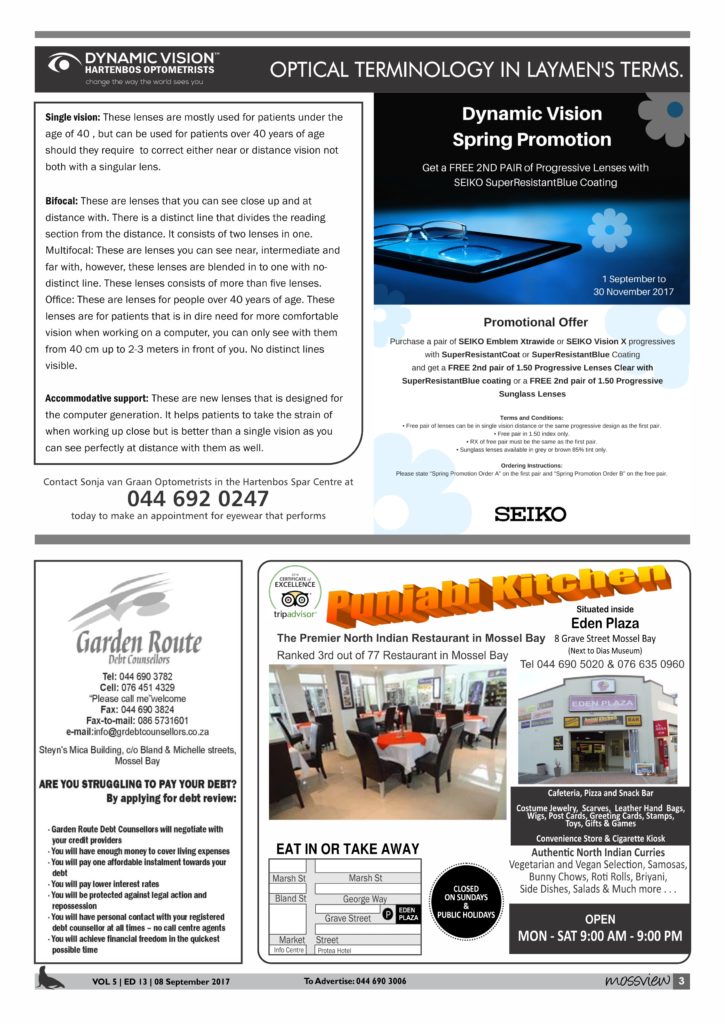 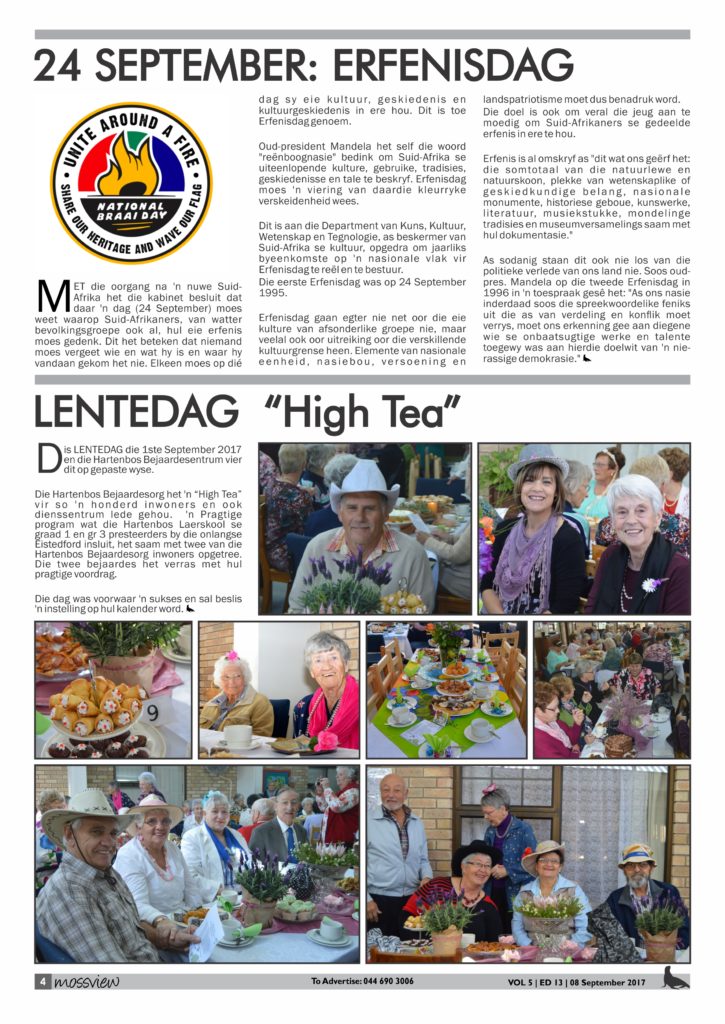 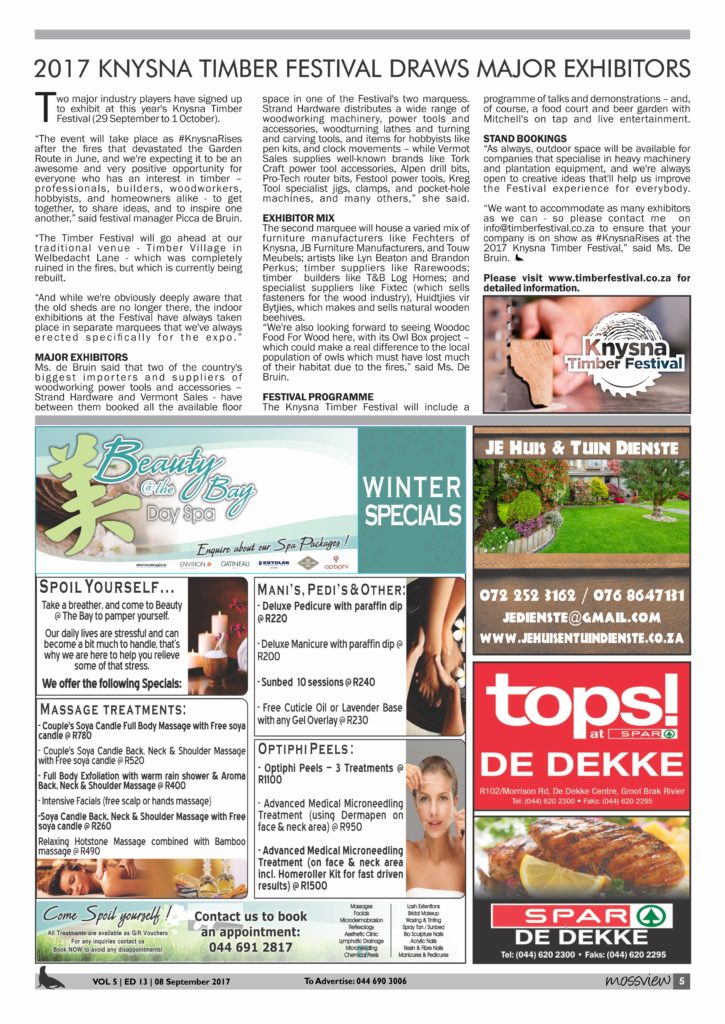 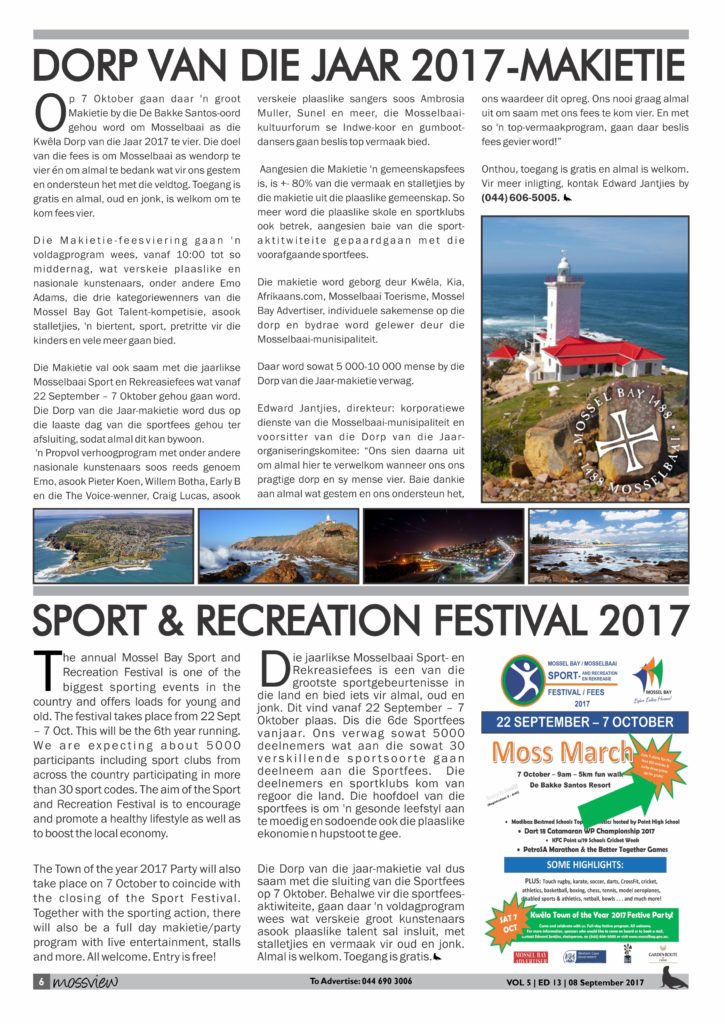 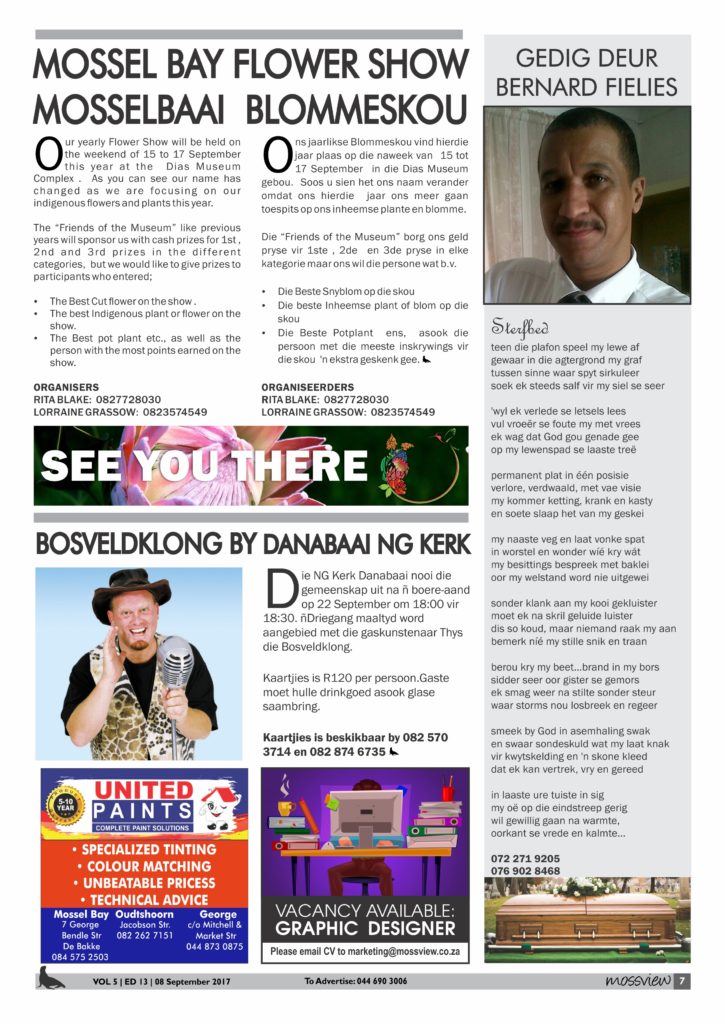 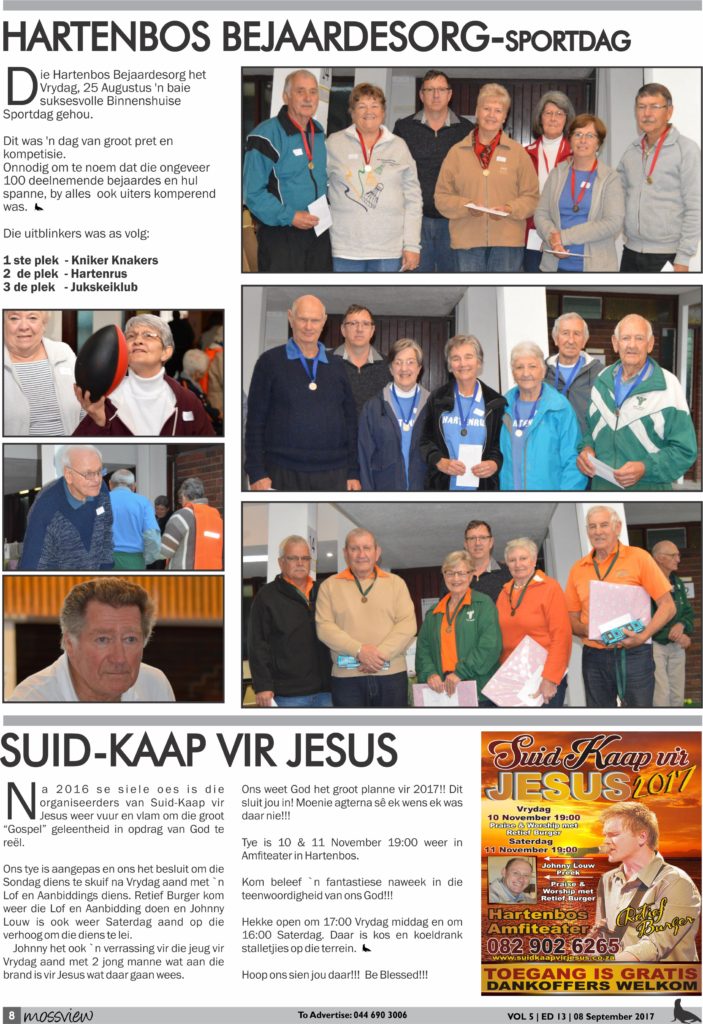 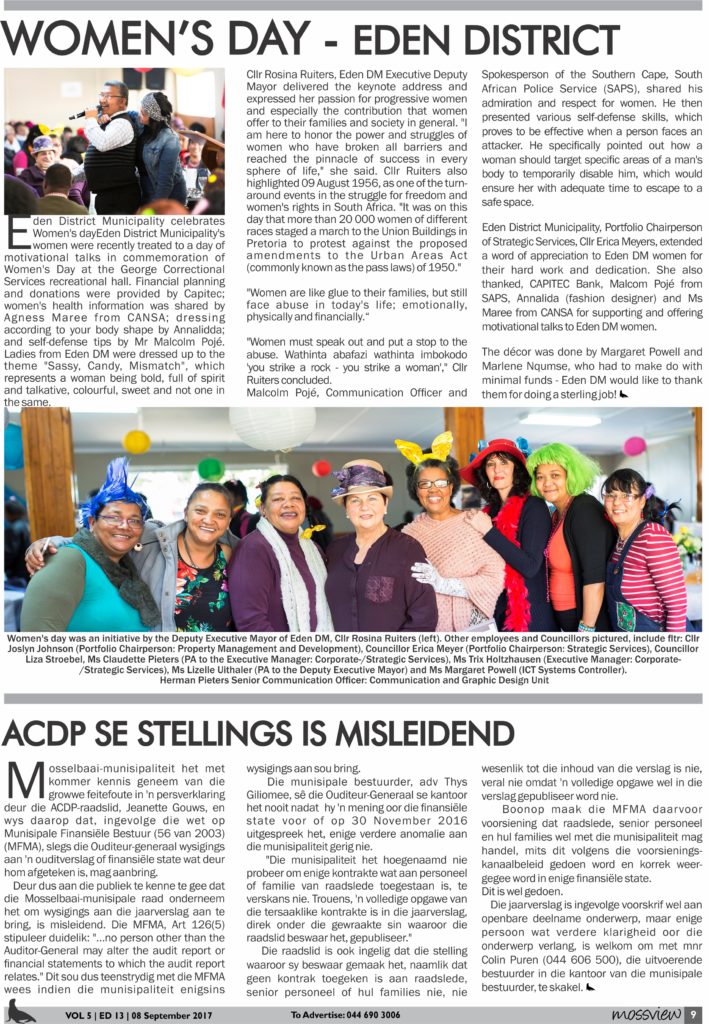 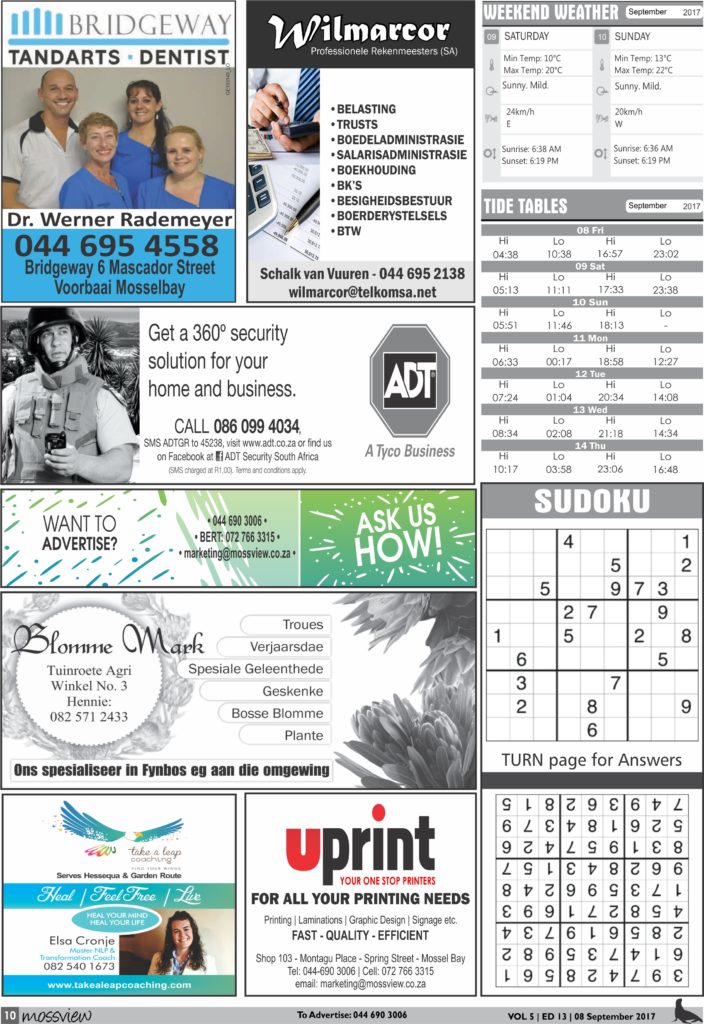 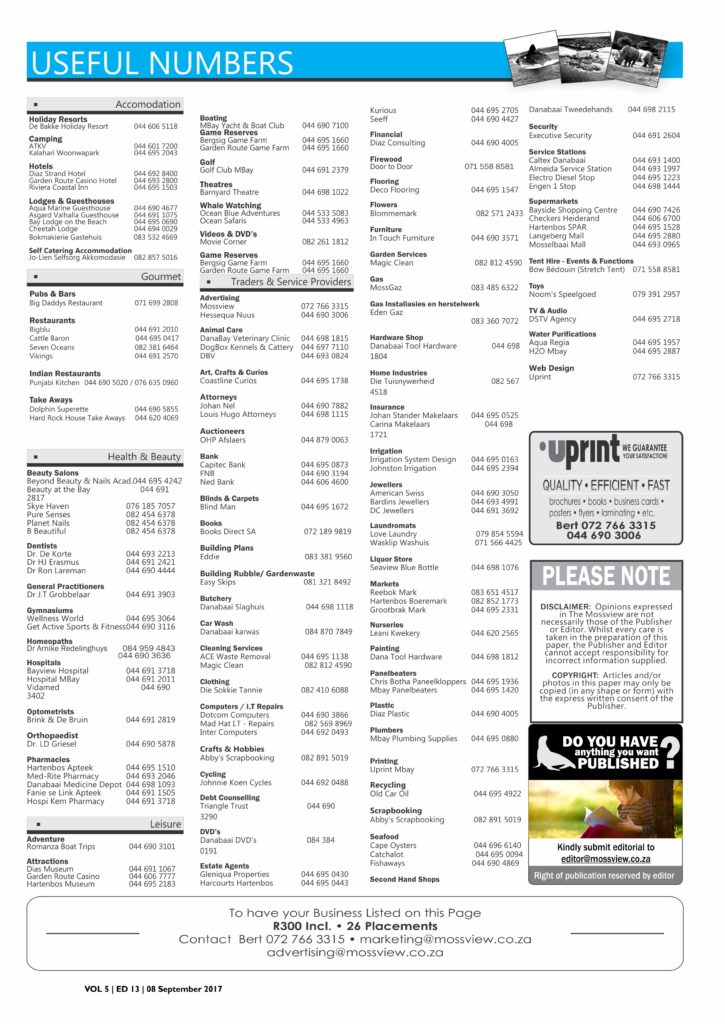 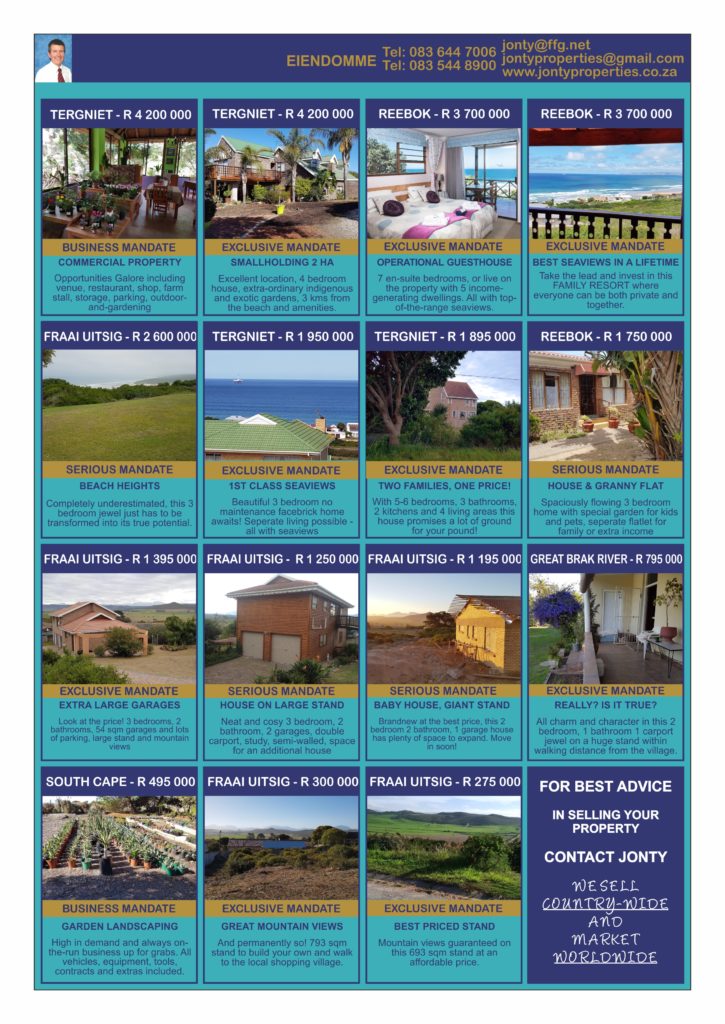