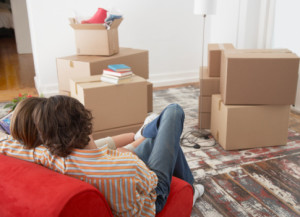 Couples live together, rather than marry, for a variety of reasons. This type of relationship is often referred to as a domestic/universal partnership or a Common law marriage. It is becoming a rising trend in our country. The 2001 Census estimated nearly 2.4 million people were living together in South Africa unmarried and therefore afforded minimal protection in our law.

Living together with your partner does not establish any legal rights and duties between you, regardless of how long you have been living together, whether it is for six days or six years, you generally have no legal protection especially regarding property. Common law marriages and domestic partnerships are not acknowledged in our law and it is therefore not considered as a marriage in community of property as many people wrongfully believe.

How can you protect yourselves? By entering into a written agreement. It will determine and regulate the rights and duties between you and your partner. For instance, the division of the property if you should terminate your relationship, financial contributions to the joint household, rights and obligations towards each other and the division of assets jointly acquired by the parties during your relationship especially on termination of the relationship.
This content of such an agreement can mainly be determined by the parties as long as it is not illegal or immoral and the effect is that parties have joint control over assets.

If your relationship should terminate and there is no agreement, each party would walk away with the assets he/she brought into the relationship and with what he/she obtained in his/her own name, regardless of whether or not the other party assisted in obtaining the asset or increasing the value thereof.

The problem that exists is that a universal partnership is extremely difficult to prove in our country.

When does a universal partnership exists? When the following can be proved:

Each party brings something into the partnership, should it be money, labour or a skill.
It must be for joint benefit