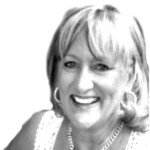 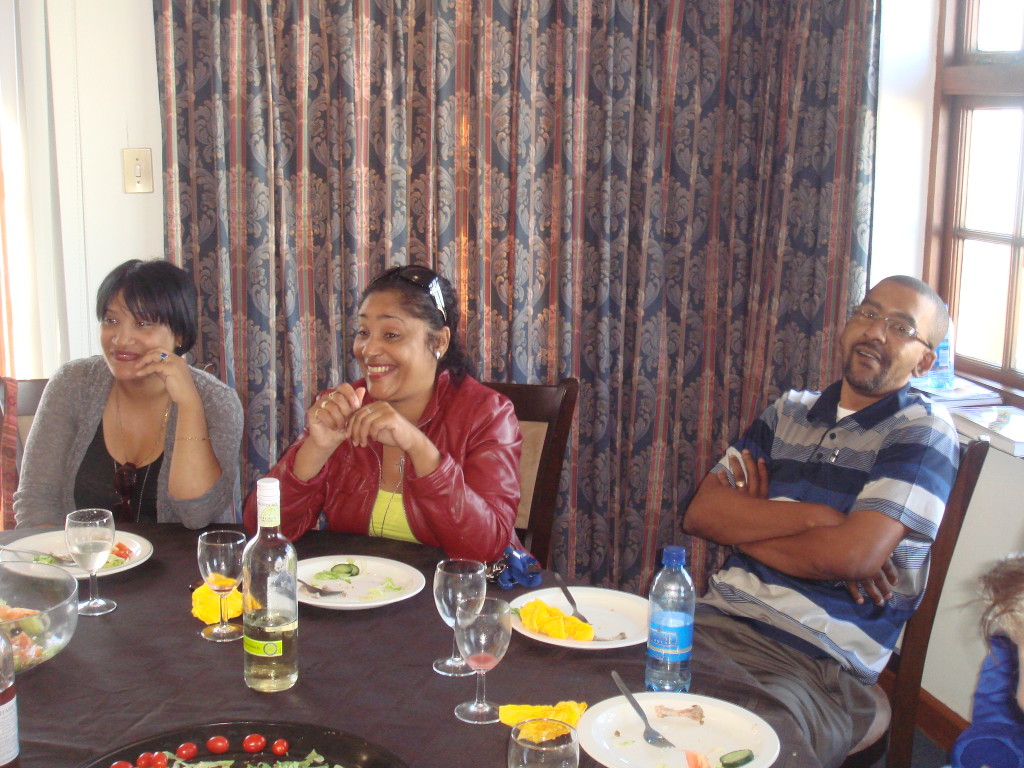 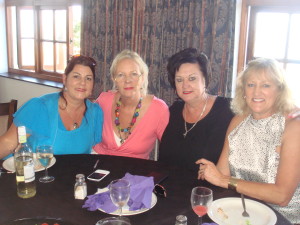 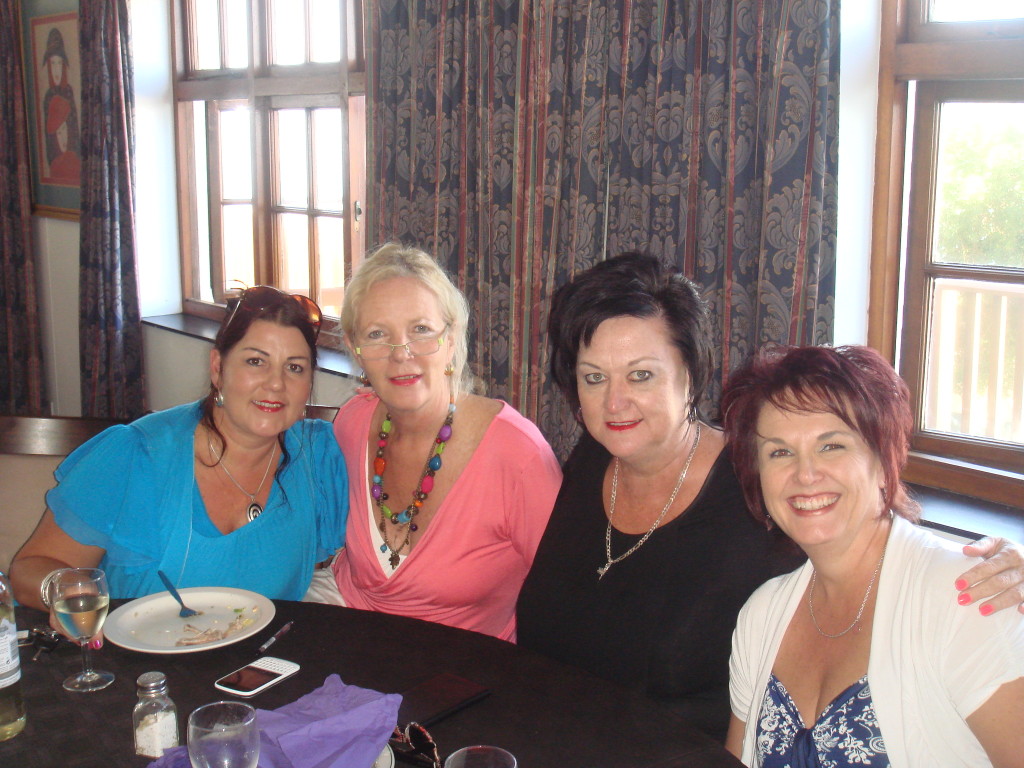 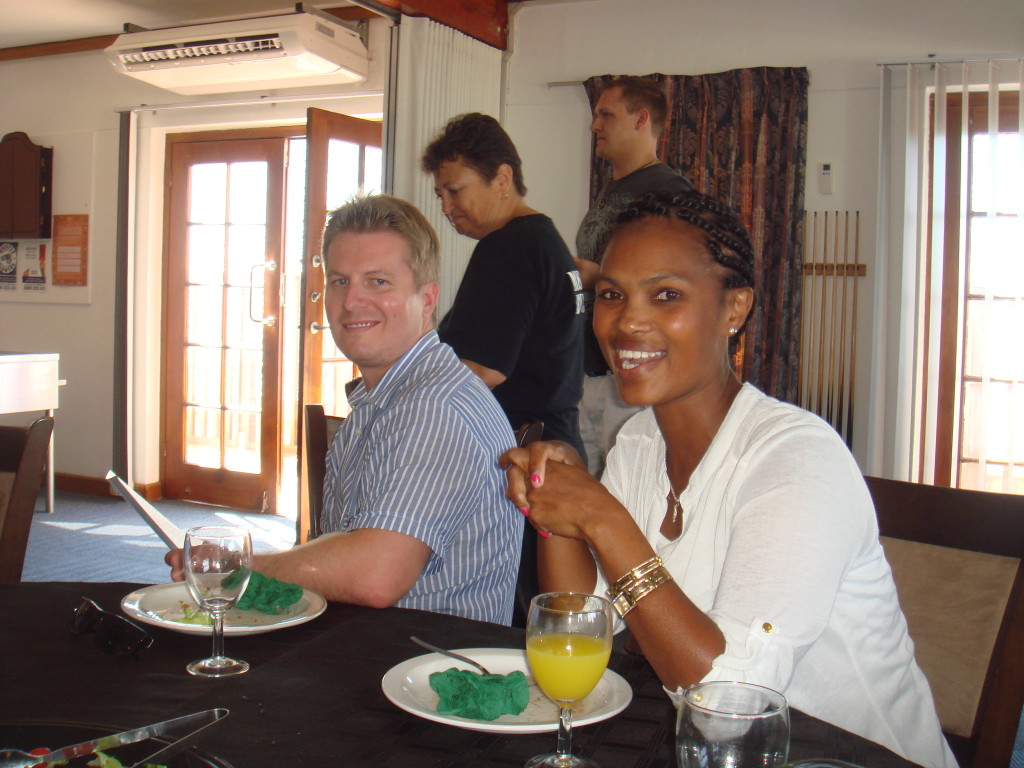 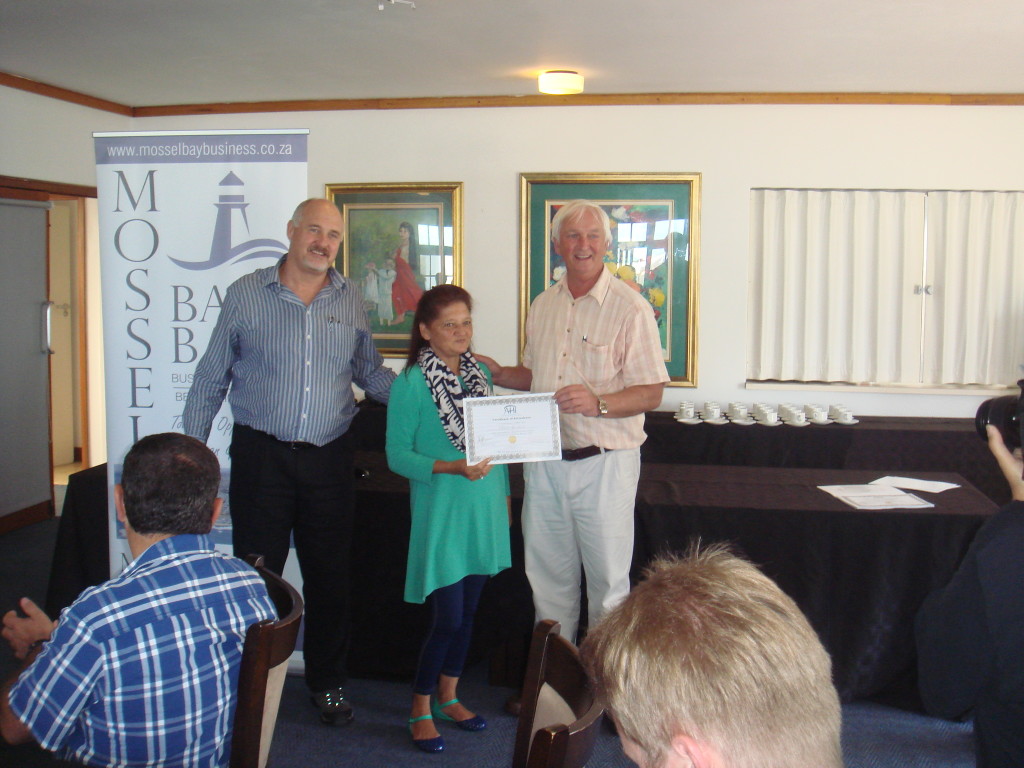 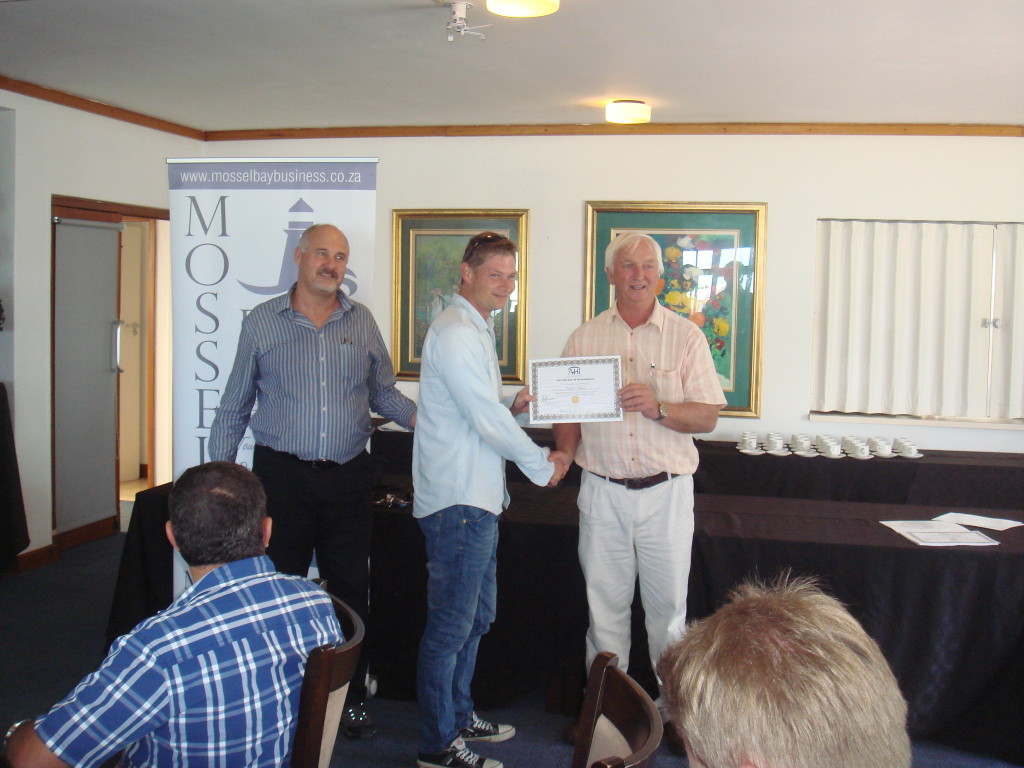 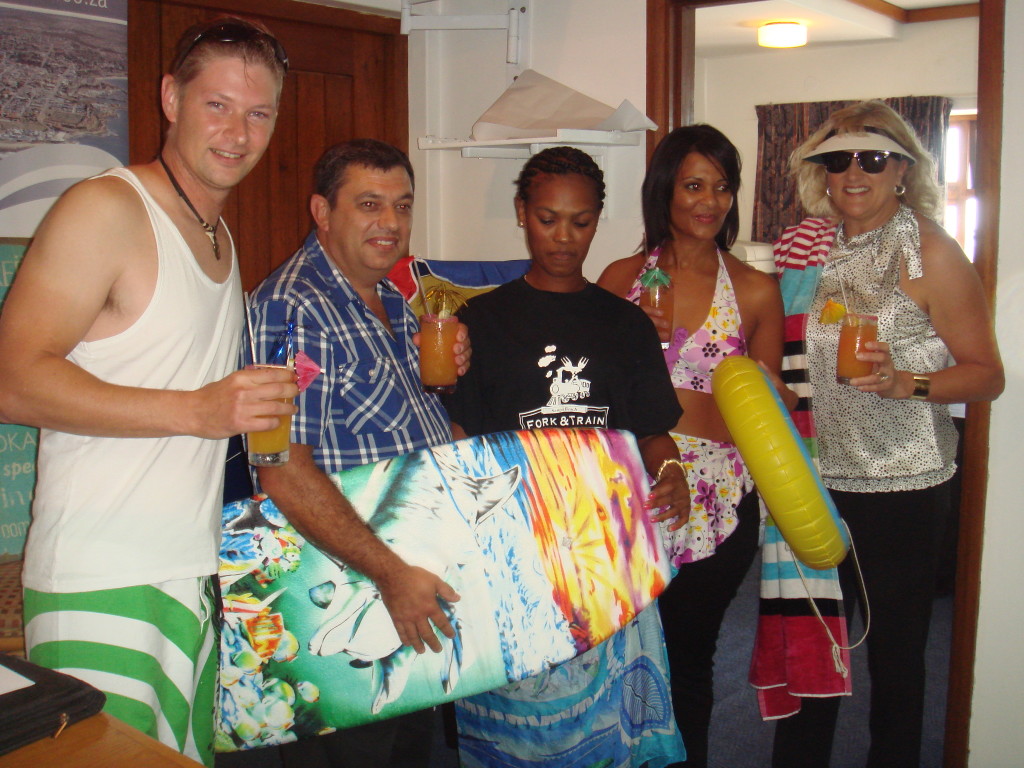 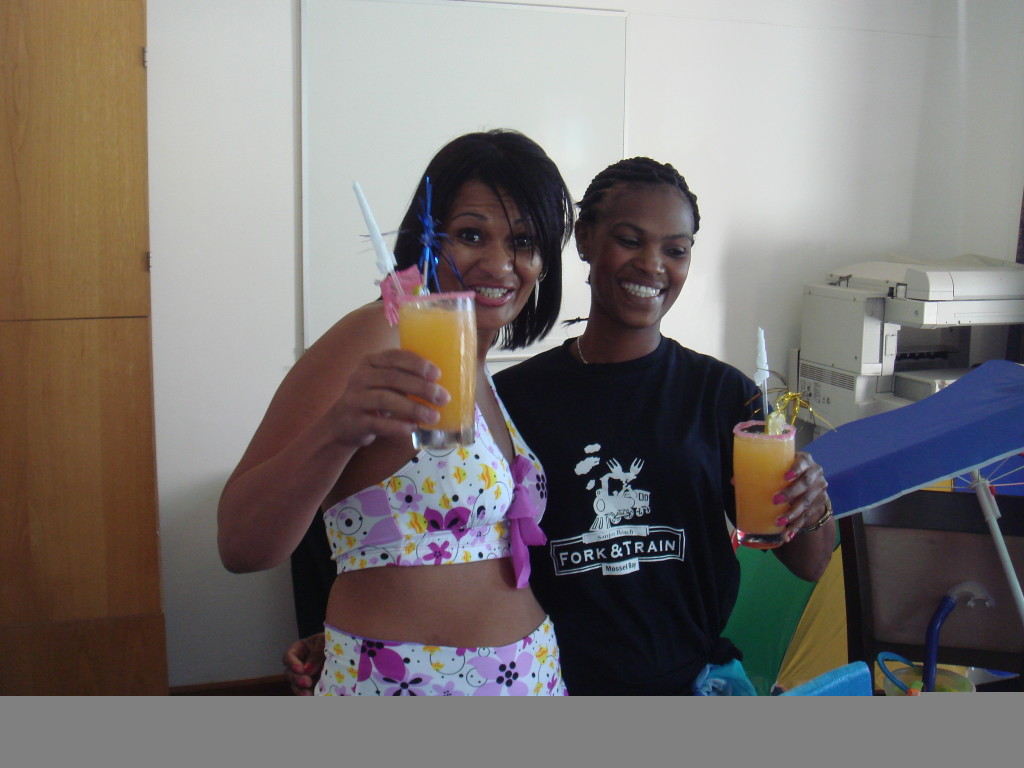 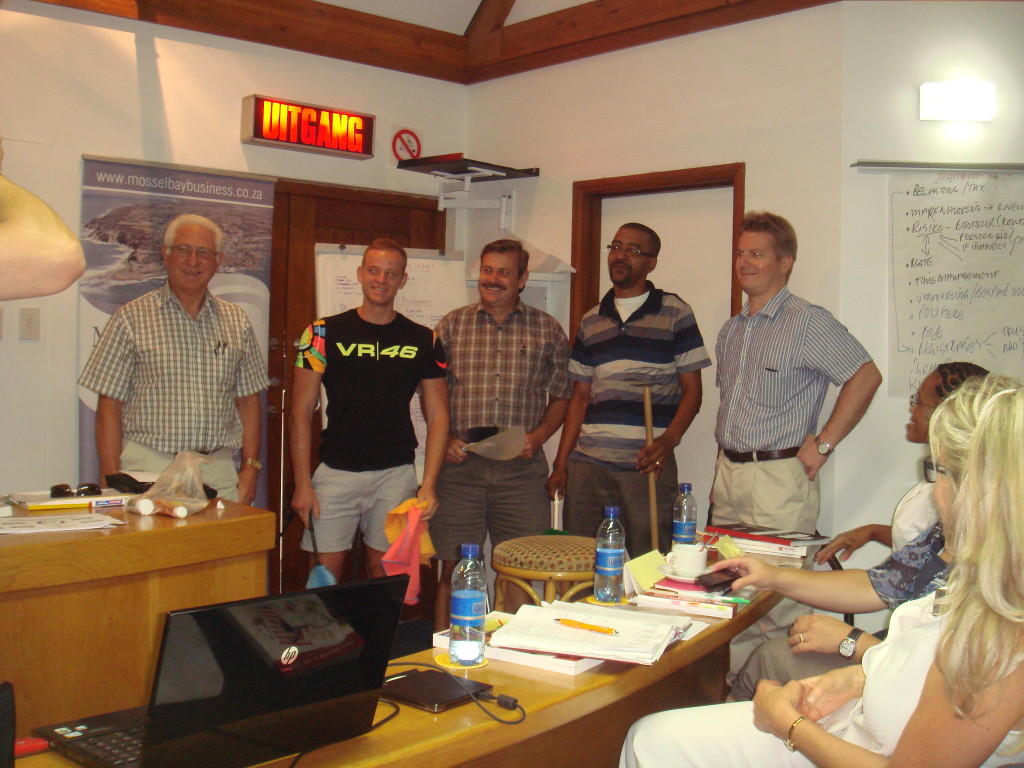 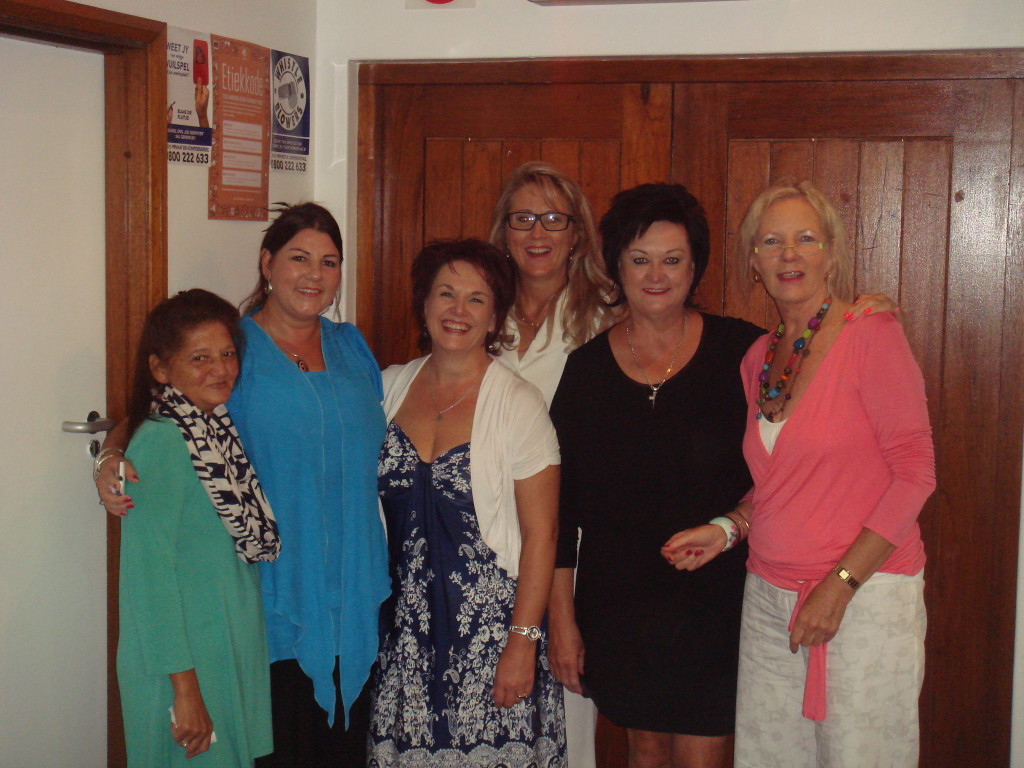 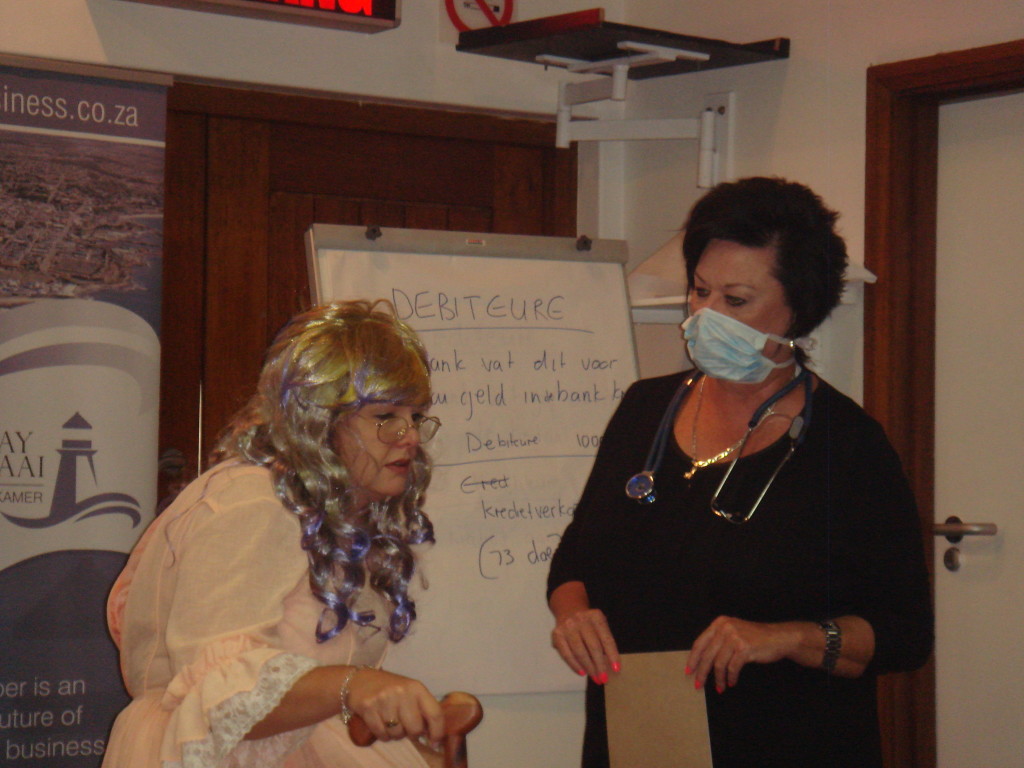 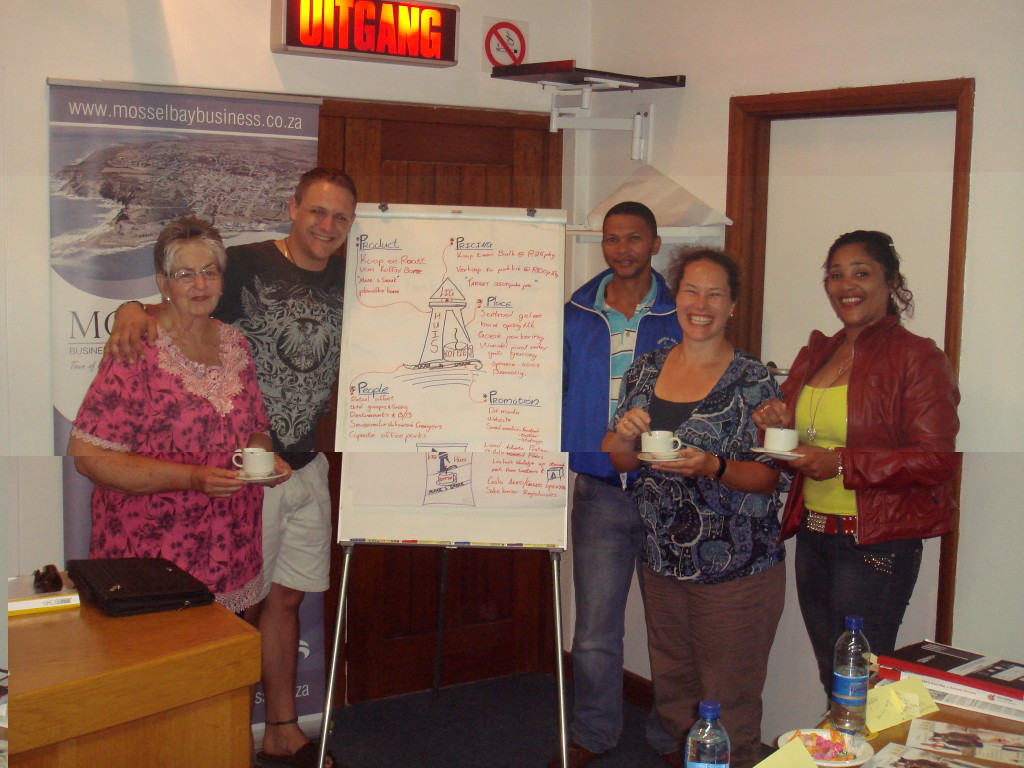 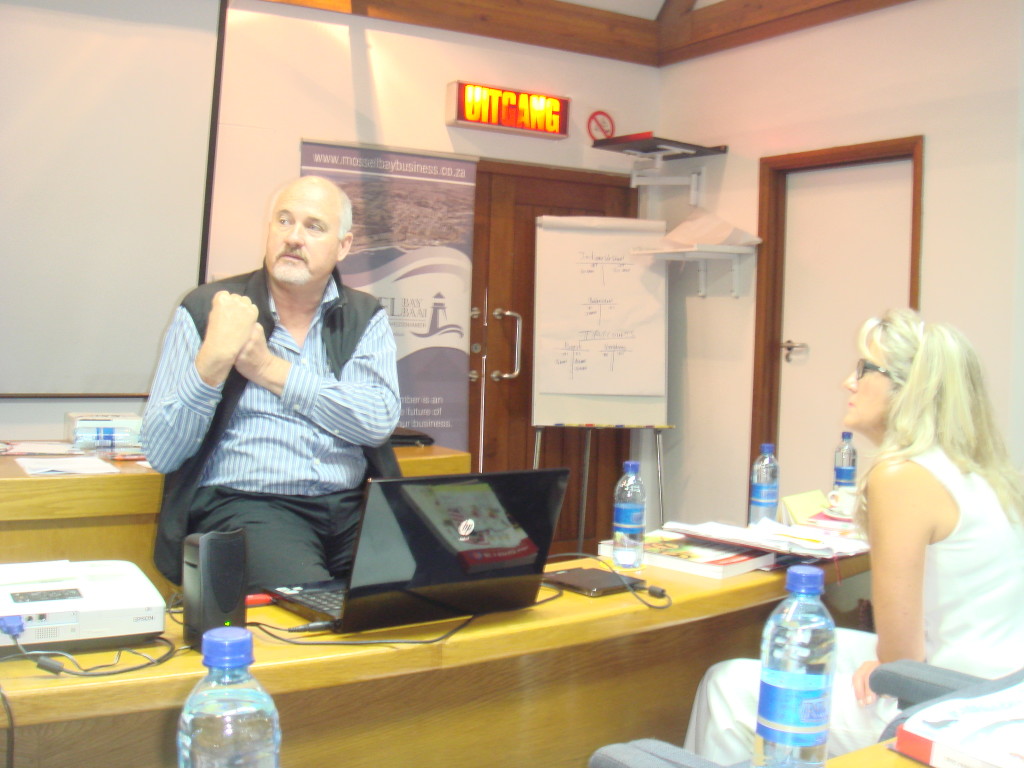 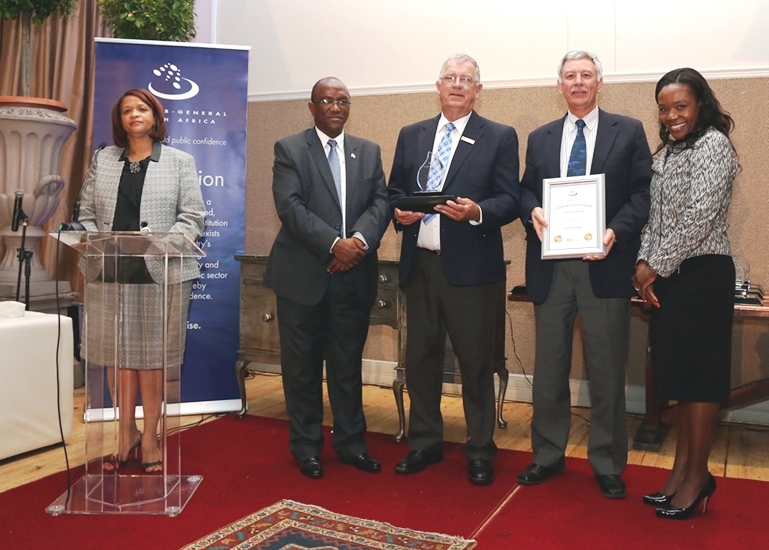 Mossel Bay’s tourism industry is preparing for this year’s whale season by making accommodation and attractions more and more affordable.
“Mossel Bay’s Mild Season runs from the 1st of May to the 31st of August – which coincides nicely with the period when the southern right whales come to South African waters to mate and calve,” said Mossel Bay Tourism’s Marcia Holm.
“During Mossel Bay’s Mild Season, many of our accommodation establishments will be offering discounts of up to 50% if you stay for three nights or more – and if you take advantage of these offers, you’ll also be entitled to discount vouchers of up to 50% on various attractions and activities.”

Ms. Holm said that Mossel Bay has empirical evidence to show that it’s a prime whale- and dolphin watching destination.
“The Mossel Bay Cetacean Project has been collecting hard data on the presence of whales and dolphins in the Bay since 2010.
“It was begun by Edith Mertz of the Mammal Research Institute of the Department of Zoology and Entomology at the University of Pretoria in 2010. Bridget James then worked on it from 2011 while she was preparing for her master’s degree – and she handed over to Monica Betts in April last year.”

The study area was extended to include Vleesbaai (the bay to the west of Cape St. Blaize) during Ms. James’ tenure, and more recently Ms. Betts introduced the use of underwater sound recording technology so that she can monitor the animals at night and during bad weather.
Ms. Betts, who holds an honours degree in Zoology from the University of Pretoria, spends up to five days a week watching for whales and dolphins from pre-determined points on land. When she sees them, she records their positions accurately using a surveyor’s theodolite.
“What we’ve noticed is that whales and dolphins tend to be more evenly distributed throughout Vleesbaai than they are in Mossel Bay, where they tend to avoid the areas where there’s regular shipping and boating activity,” said Ms. Betts.
“So while you’re likely to see whales or dolphins from almost any good vantage point in Vleesbaai, in Mossel Bay you’re most likely to see them east of Klein Brak River – in other words, some distance away from the harbour.”

But, she said, whales and dolphins are in fact present in both bays throughout the year.
“Although the southern right whales and the humpback whales are migratory, we do see Bryde’s whales and humpback- and bottlenose dolphins regularly both in summer and in winter.”

Ms. Holm said that the Mossel Bay Cetacean Project reflects the town’s desire to establish itself as a leading destination for scientific and academic research.
“The geography of the area, the unpolluted condition of our waters, and the unique archaeology of the area – which has placed the Southern Cape as the very birthplace of culture and advanced technology – all contribute to making Mossel Bay an outdoor laboratory like no other, and the Municipality and the local community are fully committed to the ever-growing number of scientists who’re choosing to study the life and history of our remarkable corner of the planet.”

Ms. Betts thanked the community of Mossel Bay for its contributions to her research.
“Many of our observation stations are situated on private land, and it’s not always convenient for people to allow us access – but they do anyway, and we’re grateful for that. We’ve also received contributions from companies like Sandpiper Cottages, which sponsored some of our project accommodation and transport over a period of three years.” As with service points across the country, the Mossel Bay office will empower individuals by providing them with IDs and other enabling documents.

Importantly, the office is opening ahead of the 7 May general election and will therefore assist voters in need of documents for this purpose. The priority is also to ensure voters have the necessary documents prior to the elections.

Home Affairs spokesperson Ronnie Mamoepa says providing new offices and refurbishing existing ones is meant to help the department to meet the needs of citizens and staff members.
It is also part of government’s drive to improve quality of services, particularly for people in remote and rural parts of the country.
“This will in the long run ensure Home Affairs offices are within easy reach of communities, are less congested and run by officials who are motivated and more responsive to the needs of the people,” said Mamoepa.

In the 2012/13 financial year, 19 offices were refurbished as part of the programme to improve the frontline environment for the public and officials.

In total, 136 offices, 58 in rural and 78 in urban areas, were refurbished since the launch of the department’s Look and Feel project. There are 404 Home Affairs offices around the country.

Mamoepa said where there are no offices as yet, people in remote areas are serviced through 115 mobile offices. 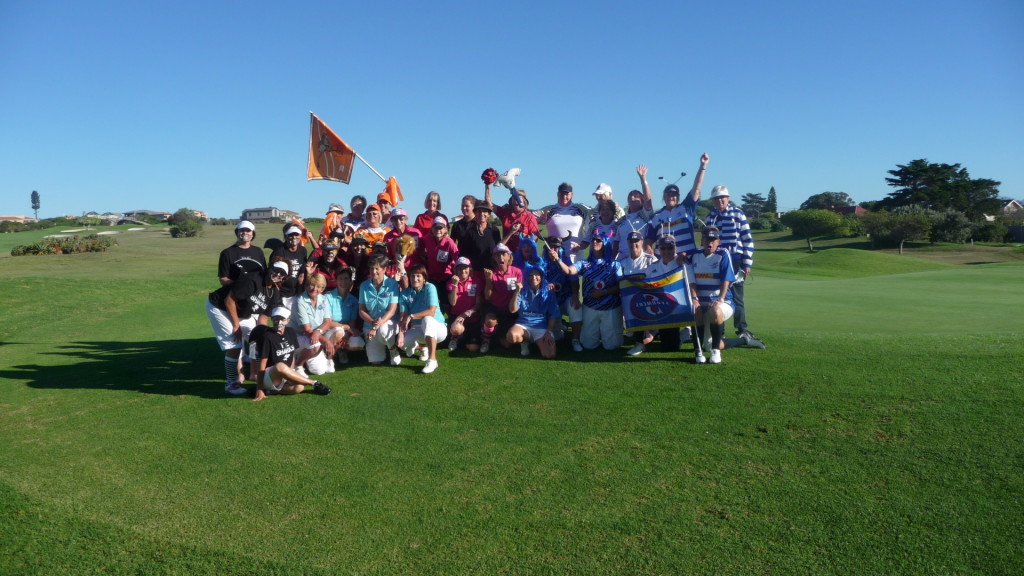 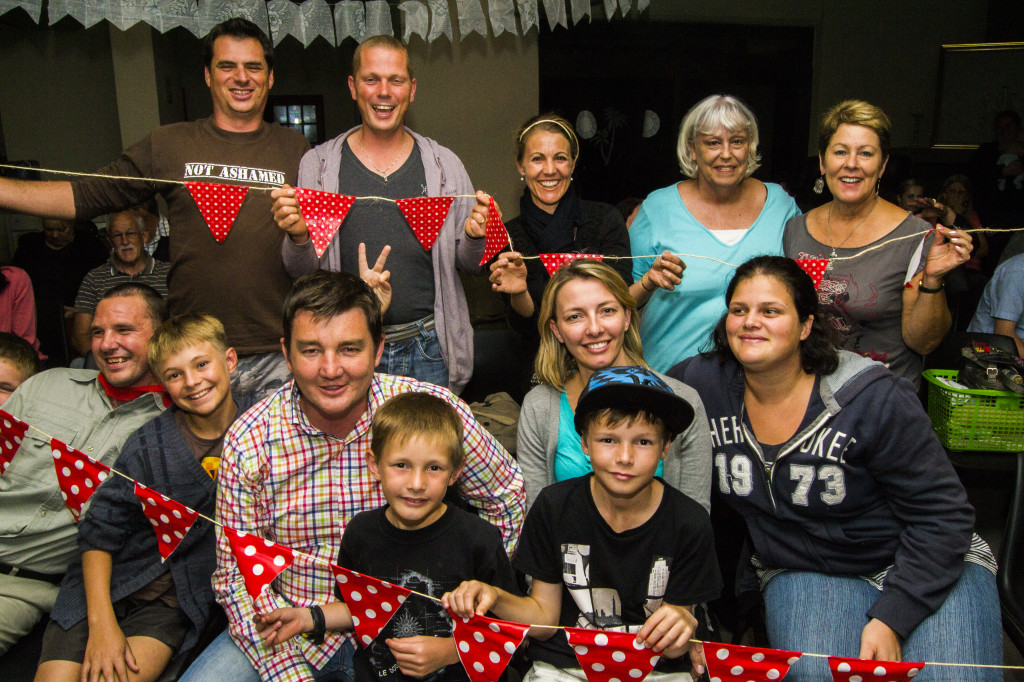 To coincide with this family community event, the Southern Cape Gathering for Joshua Generation Church will be held on the same weekend in Mossel Bay. JoshGen Churches from Swellendam and Oudtshoorn as well as Cape Town, will all be joining in on this fun-filled community day. JoshGen as a church meets across the Western Cape with over 16 churches that are based from Cape Town all the way through into the Garden Route (www.joshgen.co.za). Everyone is welcome to attend this event and locals are encouraged to join the auction as well as the loads of activities for the whole family, which includes pony rides and jumping castles. It promises to be a great day of community fun and laughter.

The venue will be the new auditorium at JoshGen Mossel Bay, on the corner of Schoeman & McKinnery Street. The stalls will open from 9H00 and then the auction will officially start at 11H00 on Saturday 10th May 2014. Only certain selected items will be auctioned off by a professional auctioneer before the day will end at 1pm. “The Community Vintage Garage Sale and auction will officially open our community auditorium, and all are welcome to participate in this fun filled community event” said Morné van der Walt (Lead Elder, JoshGen Mossel Bay Church).

JoshGen would like to welcome all Mossel Bay residents to come and join in on the Vintage Garage Sale and auction. There may be a greater life changing bargain awaiting you, than you could ever imagine. If anyone would like to know more about the auction or planned events, please contact the JoshGen Mossel Bay offices. 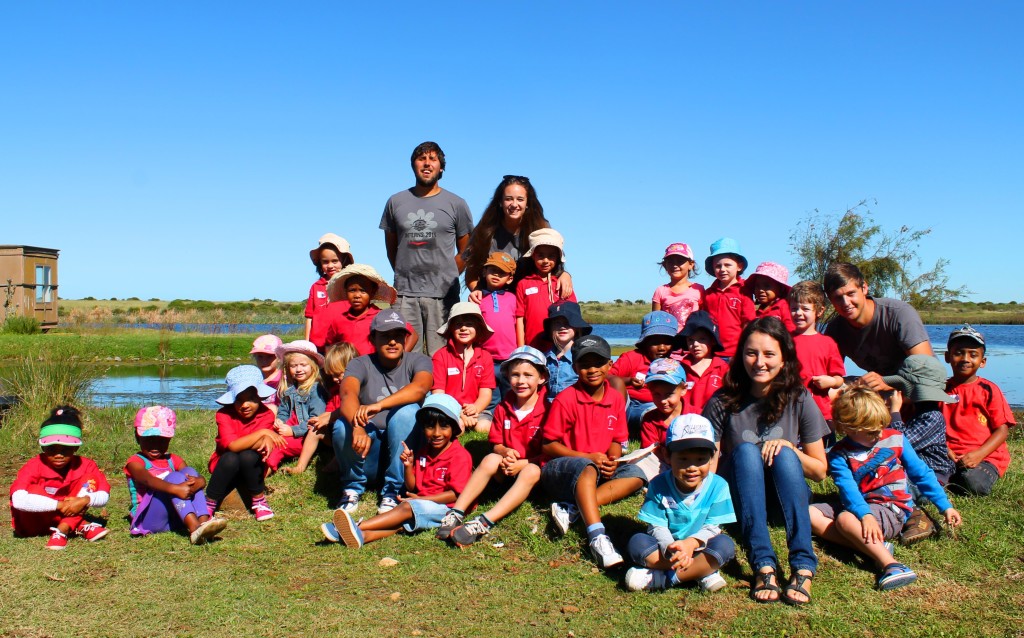 28 Children from Little Lighthouse Pre School visited the PetroSA nature reserve today, to enjoy the various local species in our creation. The children arrived early and excited for an adventure on the nature reserve with the Pinnacle Conservation students.

After an interactive video presentation on creation and how it was made, the children eagerly sped off to see all forms of creation on the reserve. The children got to see unique endemic plants on the Aloe valley hiking trial, where they learnt how animals benefit from eating certain plants to protect them from ticks. Then the group rushed off to feed the animals on the reserve and saw the herds moving on the open grasslands and marvelled at the animals. The children then had an opportunity to touch and see some of the amazing aquatic species that inhabit our wetlands. After seeing the fish and other aquatic water species they had a great lunch provided by PetroSA. After being super charged on sugar, the children had an opportunity to dance and sing a few songs with the Pinnacle interns. It was a great day that was enjoyed by all and it is hoped to expand these outreaches to more local schools in the future.

Beskryf u besigheid in ‘n kort paragraaf:
Finovo is registered with the South African Institute of Professional Accountants (SAIPA). Our services include:

Wat het u aangespoor om u besigheid te begin?
Saw an opportunity in the market.

Op watter segment van die gemeenskap is u besigheid gemik?
Everybody that is in need of accounting services ,needs advice on starting a new business etc.

Watter produkte/dienste bied u aan?
Consulting, Taxation, Accounting and all related services a one stop shop from A – Z