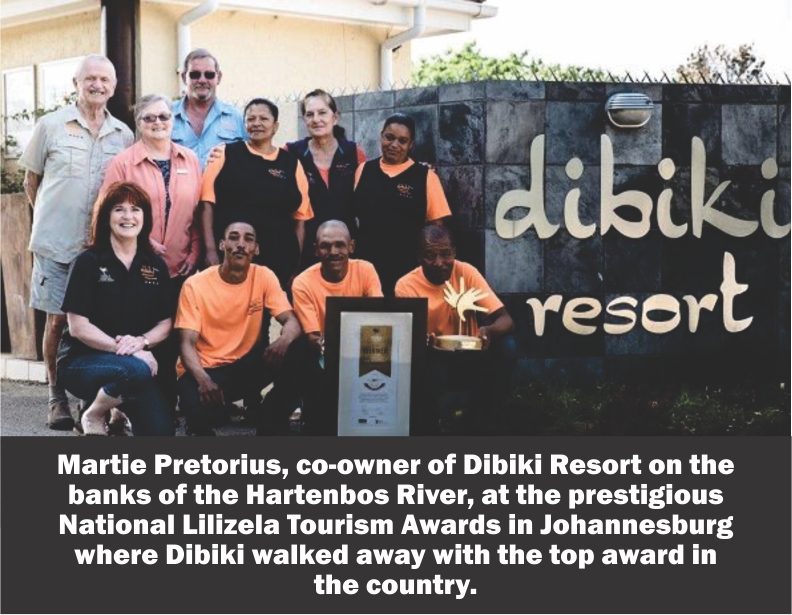 Mossel Bay is not only the best town in South Africa as manifested in the Kwêla Town of the Year – it also has the Best 4* Caravan and Camping Resort in South Africa!

Martie Pretorius, co-owner of Dibiki Resort on the banks of the Hartenbos River, at the prestigious National Lilizela Tourism Awards in Johannesburg where Dibiki walked away with the top award in the country.
(PHOTO: Supplied)

And to emphasise the latter, Dibiki Holiday Resort, on the banks of the Hartenbos River, has this year won not ONE but TWO national awards.

The awards are not once offs either, it is the fourth time that Dibiki has won the National Lilizela Tourism Award (2013, 2014, 2015 and 2017 – they did not enter in 2016). During September they were also awarded the prestigious Sanlam Top Destination Award for Four Star Caravan and Camping Resorts.

What makes it even more remarkable is that the Lilizela Tourism Awards, previously known as the AA Awards, was also bestowed on Dibiki for three years in a row: 2009, 2010 and 2011 and they were also added to the AA Awards Hall of Fame. In 2012, there were no awards and in 2013 the Lilizela, national awards by the Department of Tourism, were established.
According to owners Martie and Oosie Pretorius they are thrilled at the fact that they have been able to achieve and maintain such a high standard. “It is not always easy, but when you have pride in your product and you put your customer’s needs first, it becomes a way of life,” Martie said and added that they are a hands-on team that rather under promise and over deliver.

Locals know that Dibiki is also known for its excellent facilities for functions and conferences as well as their wholesome food especially their fabulous spit braais.

The Lilizela Awards were presented by the Minister of Tourism, Tokozile Xasa at a gala ceremony held at the Sandton Convention Centre in Johannesburg on 29 October. These Awards recognise and reward tourism players and businesses who work passionately and with pride to deliver a world class product and service and whose delivery grows South Africans global destination competitiveness. 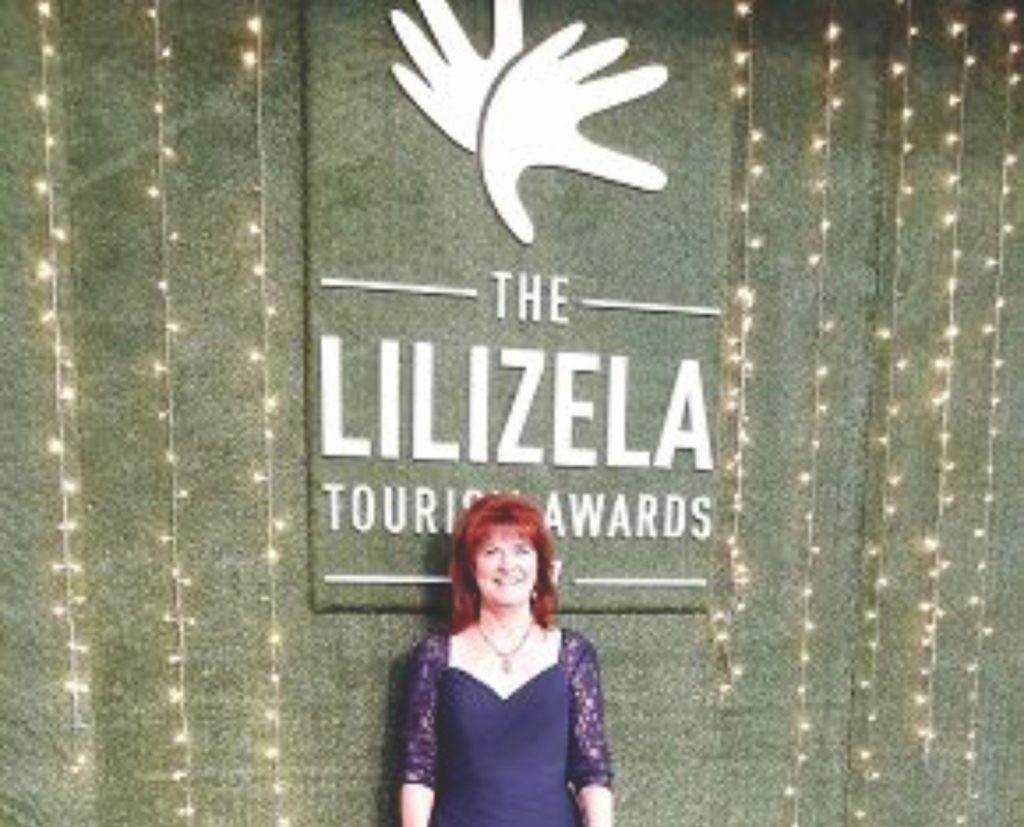 The Lilizela Tourism Awards give national recognition to establishments and raise their profile both in South Africa and around the world, too. It exposes the winners and their business to great publicity and profiling on many platforms.

According to Martie guests want to enjoy their holiday in a safe and secure environment with the least stress possible. “Our aim is to make them feel extra special and safe so that Dibiki can become their second home,” she said.

Martie also emphasises that Dibiki’s success is a combined effort between the owners, the employees and the customers. “We all strive to be the best and to give the visitors the best experience they can wish for and we see them coming back again and again for more,” she says.

The Oosthuizens have created a special wall in the reception area of Dibiki where they display these accolades with much pride and thankfulness.

On the Lilizela certificate the following is printed:

For excellence making an exceptional contribution to the industry, investing in skills provision and leading by example, thereby giving guests a world-class experience and contributing to international destination competitiveness. (Denise Lloyd) (The Gremlin) 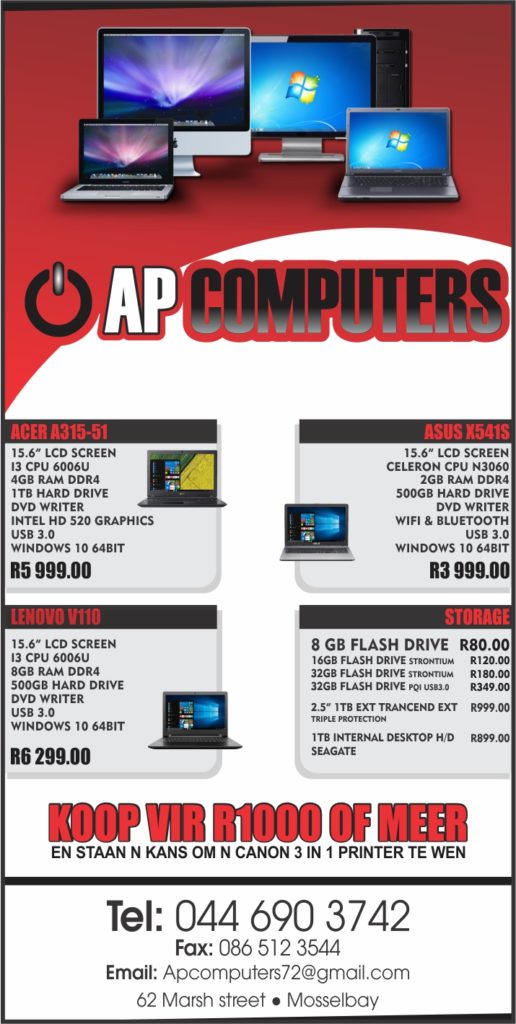 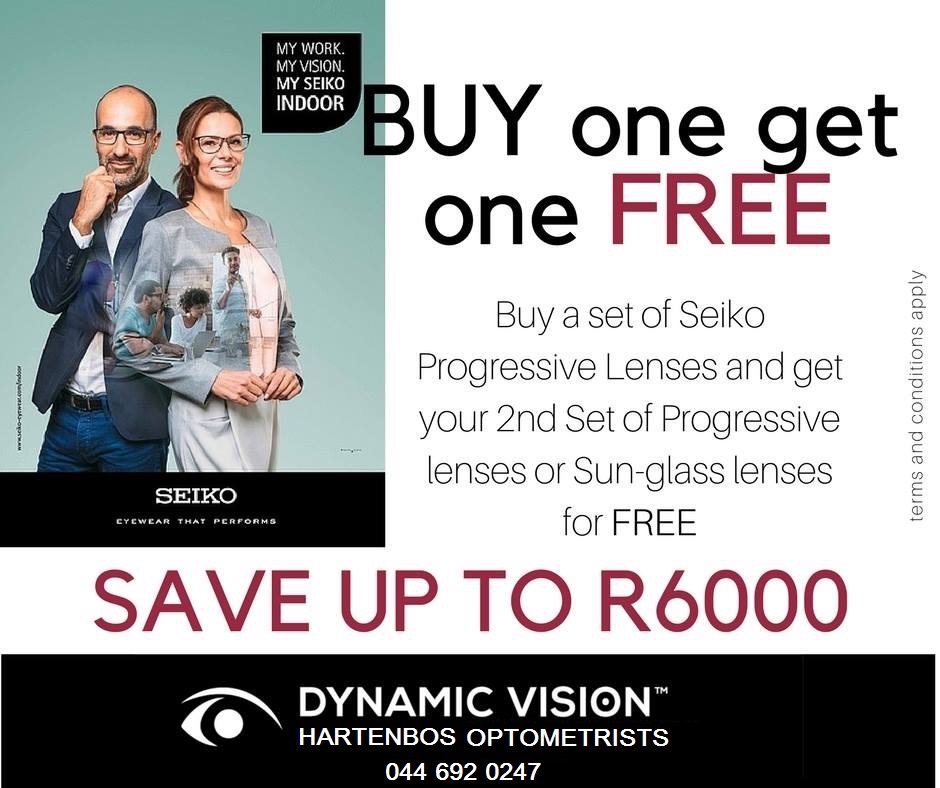 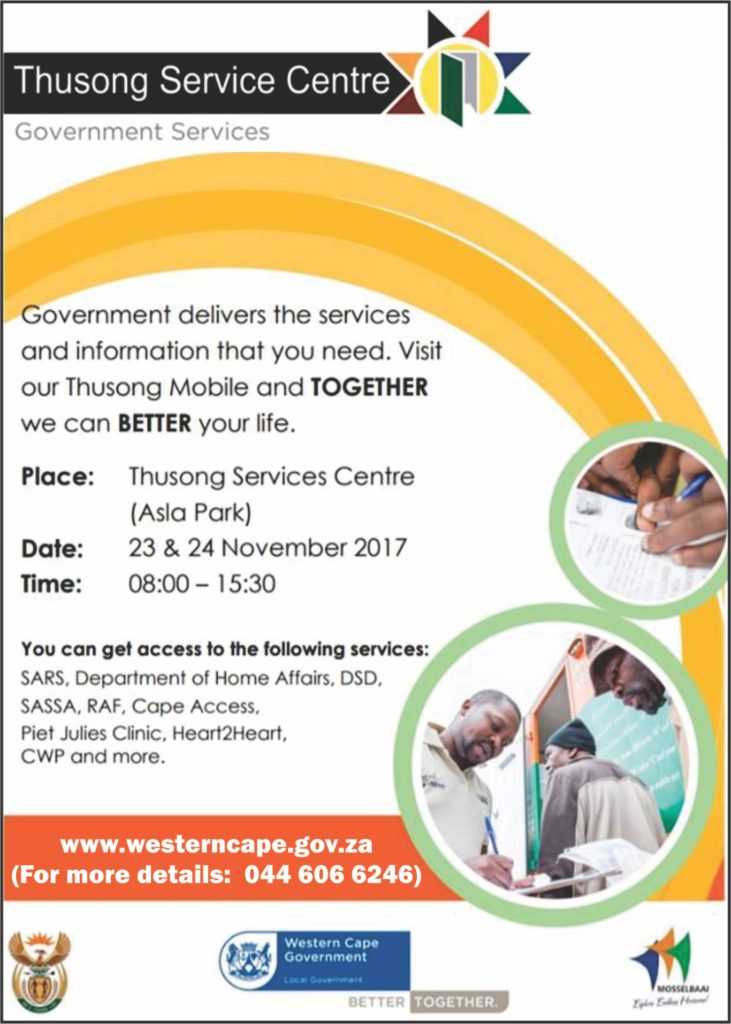 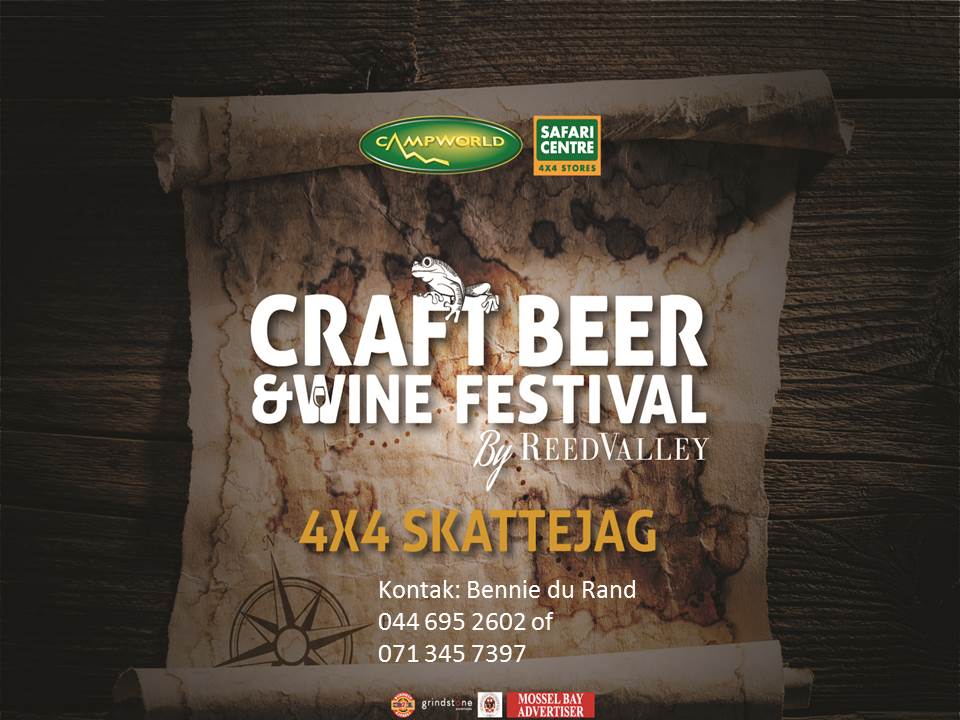 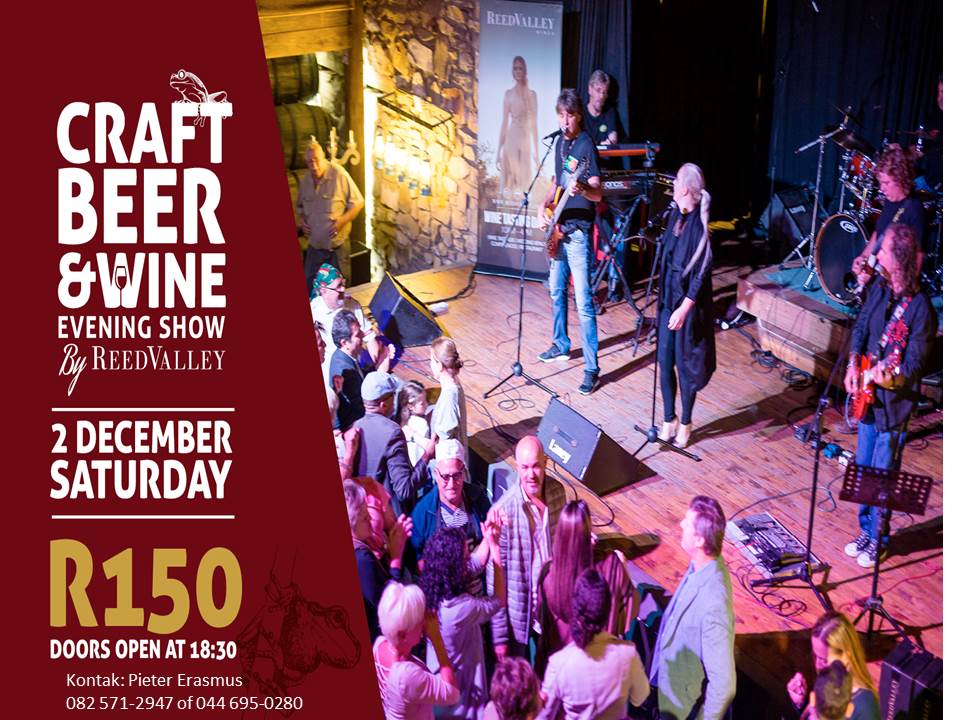 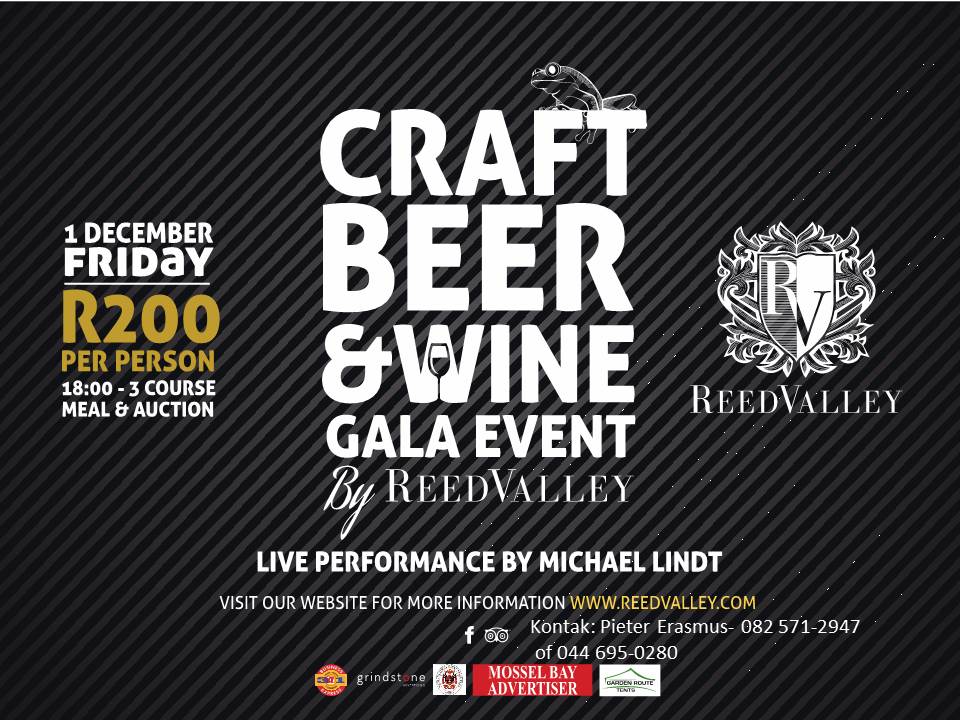