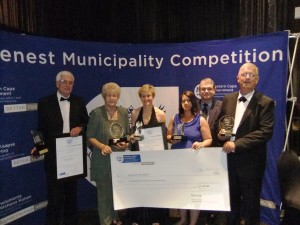 Mossel Bay Tourism has warned anyone who wants to book self-catering summer holiday accommodation on line to book only through recognised accommodation sites.

“Please don’t book your holiday flat or cottage through any of the general sites where anyone can advertise anything for sale,” said the company’s COO, Marcia Holm.

“No matter where you’re planning to stay this summer, please only use well-known accommodation sites that offer real-time, on-line reservations – sites like www.places.co.za, or www.safarinow.com,” she said.

“There’ve been far too many incidents where people have replied to ads on the general sites, and paid for what they thought they were going to receive – only to arrive at their holiday destinations to find that they’ve been scammed.”

Ms. Holm urged consumers to research their accommodation thoroughly– especially if you’re considering staying at a venue that hasn’t been personally recommended.

“TripAdvisor (www.tripadvisor.com) is always a good place to start because of the reviews you’ll find there – and if you’re planning to come to Mossel Bay, you should also check if your chosen establishment is listed with us on www.visitmosselbay.co.za.

“Our staff have personally visited all the hotels, lodges, B&Bs, self-catering units, caravan and camping sites, and backpackers on our site – so you can be sure that you’ll get what’s advertised there,” she said.

Mossel Bay is expecting a bumper holiday season this year – largely because of demand from South Africans, and in part also because of a growing trend amongst European residents (particularly from Holland, Germany, and Britain), who’ve begun taking their South African holidays during the Christmas period.
“In the past they avoided this time of year, but that’s changing,” said Ms. Holm. “We think they’re beginning to realise that even at the busiest time of the year, Mossel Bay still offers excellent value for money.”

Mossel Bay, she said, is the ideal holiday destination.

“It’s got 60 km of sandy beaches (with four Blue Flag Beaches at Santos, de Bakke, Hartenbos, and Klein Brak River), and it boasts probably the widest selection of attractions and adventures, as well as the largest programme of entertainment of any small town on South Africa’s coastline.

“It’s also conveniently close to all the attractions of the rest of the Garden Route and the Klein Karoo – and it’s known for being very family-friendly.

“With all these plusses available to you, you don’t want to ruin your dream holiday by falling for an accommodation scam,” said Ms. Holm. 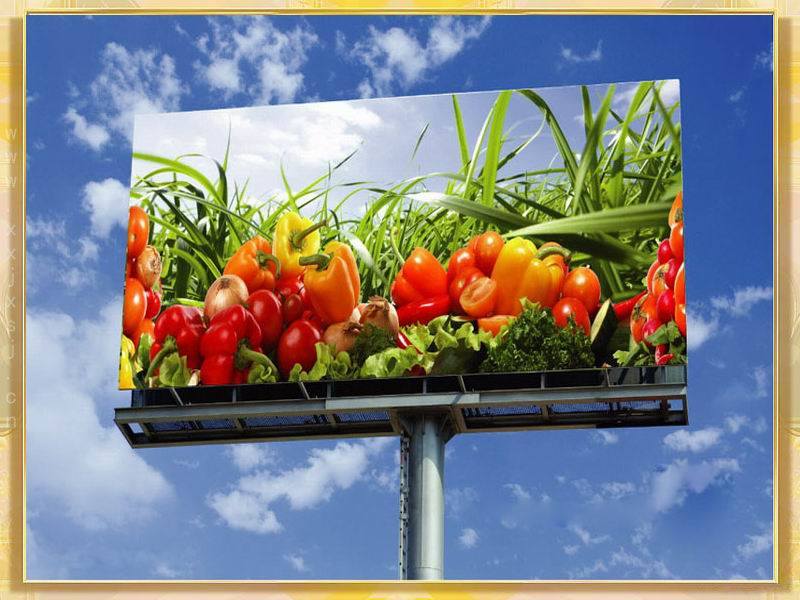 The National Youth Development Agency, in collaboration with the Youth and Local Economic Development Offices of the Mossel Bay Municipality, will host a job preparedness workshop and business awareness training programme from 5 to 6 December 2013.

Young people between the ages of 18 and 35 years are invited to attend these capacity building workshops.

Application forms can be obtained from the municipal offices, libraries, LED Office in the Goods Shed,  the Municipality’s Youth Office at the Indoor Sports Centre in Samson Street,  Extension 23 (next to the Roman Catholic Church) as well as from the community development workers.

Written applications must be accompanied by a CV and certified copy of the applicant’s identity document.

Completed application forms can be submitted to the community development workers or at the LED office at the Goods Shed or at the Youth Office by not later than 10:00 on 29 November 2013.

The use of electrical fencing as a means to secure fixed property, and in particular also residential property, has escalated dramatically over the last few years. To address this increasing demand the market has been flooded by suppliers offering electrical fence installation services. Understandably the necessity to regulate safety issues in respect of these installations has led to the promulgation of the Electrical Machinery Regulations in terms of the Occupational Health and Safety Act which regulate electrical fencing and its certification.

What implications do the Regulations have for electrical fences?

What effect does the Regulations have on the transfer of property?

The Regulations stipulate that where there is a change of ownership of the premises on which the electric fence exists after 1 October 2012, the user must obtain an electric fence certificate.

It is not stipulated which party (buyer or seller) is responsible for the certificate and it is up to the parties to negotiate the matter of certification as well as the cost thereof. In practice it often occurs that this obligation falls to the seller in the same way as with electrical and gas certification. However, the Occupational Health and Safety Act does allow this undertaking to be transferred and a clause can be included in the sale agreement which relieves the seller of his responsibility to obtain certification and places an obligation on the purchaser to ensure that the system is certified as compliant at the cost of the purchaser. This may particularly be relevant where the seller is exempted from obtaining a certificate and that responsibility falls to the purchaser who wishes to use the electric fence.

Is your electric fence certificate transferrable and for how long is it valid?

From the above it is clear that electrical fencing certification, particularly when dealing with the transfer of property, is vitally important. Additionally it is also clear that the responsibility for obtaining the certification and cost thereof is a negotiable item which can be addressed in the sale agreement. Discuss the certification of the electrical fence with your estate agent or legal advisor and ensure that this responsibility is addressed beforehand where possible. •

On a cold Saturday in early 2009, Glenn Black, a yoga teacher of nearly four decades, whose devoted clientele includes a number of celebrities and prominent gurus, was giving a master class at Sankalpah Yoga in Manhattan. Black is, in many ways, a classic yogi: he studied in Pune, India, at the institute founded by the legendary B. K. S. Iyengar, and spent years in solitude and meditation. He now lives in Rhinebeck, N.Y., and often teaches at the nearby Omega Institute, a New Age emporium spread over nearly 200 acres of woods and gardens. He is known for his rigor and his down-to-earth style. But this was not why I sought him out: Black, I’d been told, was the person to speak with if you wanted to know not about the virtues of yoga but rather about the damage it could do. Many of his regular clients came to him for bodywork or rehabilitation following yoga injuries. This was the situation I found myself in. In my 30s, I had somehow managed to rupture a disk in my lower back and found I could prevent bouts of pain with a selection of yoga postures and abdominal exercises. Then, in 2007, while doing the extended-side-angle pose, a posture hailed as a cure for many diseases, my back gave way. With it went my belief, naïve in retrospect, that yoga was a source only of healing and never harm.

At Sankalpah Yoga, the room was packed; roughly half the students were said to be teachers themselves. Black walked around the room, joking and talking. “Is this yoga?” he asked as we sweated through a pose that seemed to demand superhuman endurance. “It is if you’re paying attention.” His approach was almost free-form: he made us hold poses for a long time but taught no inversions and few classical postures. Throughout the class, he urged us to pay attention to the thresholds of pain. “I make it as hard as possible,” he told the group. “It’s up to you to make it easy on yourself.” He drove his point home with a cautionary tale. In India, he recalled, a yogi came to study at Iyengar’s school and threw himself into a spinal twist. Black said he watched in disbelief as three of the man’s ribs gave way — pop, pop, pop.

After class, I asked Black about his approach to teaching yoga — the emphasis on holding only a few simple poses, the absence of common inversions like headstands and shoulder stands. He gave me the kind of answer you’d expect from any yoga teacher: that awareness is more important than rushing through a series of postures just to say you’d done them. But then he said something more radical. Black has come to believe that “the vast majority of people” should give up yoga altogether. It’s simply too likely to cause harm.

Not just students but celebrated teachers too, Black said, injure themselves in droves because most have underlying physical weaknesses or problems that make serious injury all but inevitable. Instead of doing yoga, “they need to be doing a specific range of motions for articulation, for organ condition,” he said, to strengthen weak parts of the body. “Yoga is for people in good physical condition. Or it can be used therapeutically. It’s controversial to say, but it really shouldn’t be used for a general class.”
Black seemingly reconciles the dangers of yoga with his own teaching of it by working hard at knowing when a student “shouldn’t do something — the shoulder stand, the headstand or putting any weight on the cervical vertebrae.” Though he studied with Samuel Tatz, a legendary Manhattan-based physical therapist who devised a method of massage and alignment for actors and dancers, he acknowledges that he has no formal training for determining which poses are good for a student and which may be problematic. What he does have, he says, is “a ton of experience.”

“To come to New York and do a class with people who have many problems and say, ‘O.K., we’re going to do this sequence of poses today’ — it just doesn’t work.”
According to Black, a number of factors have converged to heighten the risk of practicing yoga. The biggest is the demographic shift in those who study it. Indian practitioners of yoga typically squatted and sat cross-legged in daily life, and yoga poses, or asanas, were an outgrowth of these postures. Now urbanites who sit in chairs all day walk into a studio a couple of times a week and strain to twist themselves into ever-more-difficult postures despite their lack of flexibility and other physical problems. Many come to yoga as a gentle alternative to vigorous sports or for rehabilitation for injuries. But yoga’s exploding popularity — the number of Americans doing yoga has risen from about 4 million in 2001 to what some estimate to be as many as 20 million in 2011 — means that there is now an abundance of studios where many teachers lack the deeper training necessary to recognize when students are headed toward injury. “Today many schools of yoga are just about pushing people,” Black said. “You can’t believe what’s going on — teachers jumping on people, pushing and pulling and saying, ‘You should be able to do this by now.’ It has to do with their egos.”
When yoga teachers come to him for bodywork after suffering major traumas, Black tells them, “Don’t do yoga.”

This article is adapted from “The Science of Yoga: The Risks and Rewards,” by William J. Broad. Broad is a senior science writer at The Times.